Lecturer in Management, School of Business 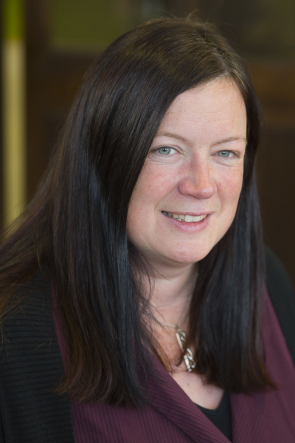 Aisling is a lecturer in Management in the Dept. of Management and Organisation. She is a senor researcher in the  Horizon 2020 supported Hecat- Disruptive Technologies Supporting Labour Market Decision Making.

Aisling completed her PhD in 2016 with the AIB CFBR. Her research explored the working lives of bankers and the cultural transformation in banking from the 1960s and was conducted under the supervision of Dr. Seán Byrne and Dr. Ray Griffin. Her thesis can be found on the WIT Library repository.

Following her PhD Aisling completed her postdoctoral research on the project ‘Understanding Unemployment in the Era of Big Data’ which was funded by the Irish Research Council New Horizons Interdisciplinary Research Fund. This research is exploring the organisation of unemployment through the PEX (probability of exit) algorithm and is being led by Dr Ray Griffin and Dr Aoife Hennessy (Dept. Mathematics & Computing)

Aisling holds an MSc in Business, a BA(hons) majoring in Sociology and Level 7&6 qualifications in Quality Management, Mechanical and Manufacturing Engineering.

My current research is focused on unemployment and the labour market and how big data and algorithms organise opportunities for jobseekers. We are expanding this research to an international level and are interested in opportunities to collaborate with researchers across this topic. We are preparing proposals for the final 2018-2020 work packages in Horizon 2020 with a particular focus on SC6- Europe in a changing world.

I am currently exploring relations of care in provision of state welfare and across organisations.

My broad research interests include the organisation of labour and work, especially the formation of identity through work and careers. I also have an interest in organisations and how their culture and form is linked to the prevailing norms and transformations of society and the economy.

Tuite, A., 2014. Reflections on the management consultant as the liminal outsider.International Political Anthropology, 7(1), pp. 95-107.