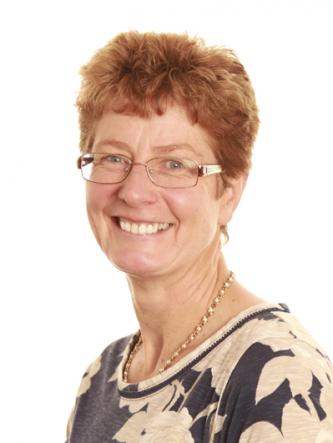 Anne Dunphy is a lecturer in the Department of Computing and Maths in WIT and is Joint  programme leader for the Higher Diploma in Agri-Food Systems.  Anne obtained a BSc. (Hons) in Computing at UCC. She also has a BSc in Mathematics from UCC.  Since joining WIT in 1996, Anne has lectured at both undergraduate postgraduate level.

Prior to joining WIT, Anne worked for twelve years in IT in various companies in Ireland, UK and the US.

Anne runs her own 150 acre farm which she inherited in 1998. She has increased the herd from 27 originally to 70 suckler cows in 2017. Thus she has a keen interest in beef genetics and is an active member of the Beef Genomics system (Her herd is in the top 10% with a Average rating of €109). She is also a member of the ICBF Herdplus program and is currently part of the new pilot Weanling Performance Analysis program. As well as the regular sucklers there is also a small purebred Dexter herd consisting four cows on the farm.

Since  2008  Anne have been involved in Agriculural research projects in WIT. She is particularly interested in beef genetics and beef genomics. She has supervised a number of projects in Beef Star ratings,  Beef production, and Medical remedies to bovines. Anne has attended a number of confereneces including:

Lecturer in Computing (WIT) since 1996. Joint Programme leader for Higher Diploma in Agri-food systems. Currently teaching modules Agricultural ICT to fourth year Bsc (hons) in Agricultural Science students and Computer Applications to the Bsc in Agriculture Students as well as Databases on BSc in Multimedia and BSc in IT.