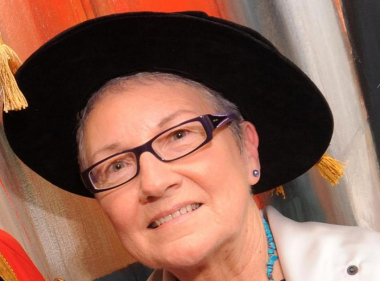 Beatrice has been involved in SPHE since 1991. In her role as Senior Health Promotion Officer in the HSE Beatrice played a pivotal role in the upgrade of the Extra Mural Cert in SPHE to the Higher Diploma (HDip) in SPHE and Master of Arts (MA) in SPHE and was the key person in developing and enhancing the partnership between WIT and the HSE.  In her role as Senior Health Promotion officer within the HSE from 1998 – 2013 she has played a vital part in the development in SPHE through:

Initiating the introduction of SPHE at Post-Primary level

Delivering  SPHE training to Post Primary teachers  from 1991 to 2009

Training staff from WIT and HSE in SPHE (advanced modules)

Supervision of staff facilitating groups in the HSE

Along with her vast experience in Health Promotion Beatrice is also a qualified Gestalt Psychotherapist registered with the Irish Association for Counselling and Physiotherapy (IACP) and is a member of the Executive Board for the Irish Gestalt Centre.  Referring specifically to her involvement with SPHE in WIT it is hard to put into words all that Beatrice brings and offers. Not only is she co-course leader and facilitator on the SPHE programmes she is also a mentor and advisor to the rest of the SPHE team in WIT providing ongoing support and supervision for the work they do on the undergrad programmes.

Beatrice started facilitating SPHE in 1991 and is course leader for the SPHE programmes since their inception in 2007. Within this role she is involved in course development, partnership work with key stakeholders, co-facilitates in the Personal Development modules on the HDip, MA and Minor Award. In 2013 Beatrice retired from the HSE and what was the HSE loss was WIT’s gain because when the position of Facilitator for SPHE was advertised we were delighted that Beatrice was still interested in being involved. Her commitment and dedication to the area of SPHE is steadfast and wholehearted. Her energy and enthusiasm and commitment to the area are as strong as ever. In her current role within WIT she co-facilitates on the National Training Programme in SPHE.  In 2009 she was awarded an Honorary Fellowship by WIT in recognition of her contribution to the area of SPHE and WIT a delighted that Beatrice continues to play a pivotal role in the development of SPHE in this life enhancing work.