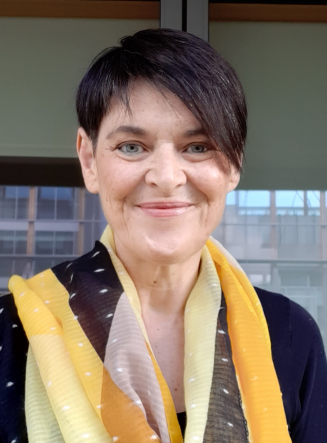 I obtained my PhD from Dublin City University in 2016. Since then I have been supervising research project dissertations on the MA in Applied Spirituality. I'm a member of the Spirituality in Society and the Professions research group at WIT. My first degree was in Gaeilge and English, followed by the Higher Diploma in Education, all at NUI Galway. I obtained an MA in Applied Psychosynthesis (a psycho-spiritual psychology)  from the Institute of Psychosynthesis, accredited by Middlesex University, in London, 2001. I also work as a spiritual director, psychosynthesis practitioner and facilitator of ceremony. My research interests are in spiritual awakening in illness and the transformational power of illness and life crises. I worked in London for 15 years in broadcast journalism.

My own area of interest is psycho-spiritual development in people with invisible or contested illnesses, those who are long term physically ill but are disbelieved by the medical profession, and thus by family members and friends. My PhD focused on women whose testimonies were not believed in this way, yet who experienced deepening of levels of consciousness as a consequence of being marginalised. in addition, I have supervised research project dissertations in the following areas: Brigid as Anamchara; single women and spirituality; spiritual companioning in illness; eco-spirituality and most recently one on the effects of the Covid 19 restrictions on the spirituality of older men.

I worked in current affairs TV and radio journalism in London for 15 Years. Career highlights include an exclusive interview with King Hussein of Jordan following the Gulf War (1992); documentaries produced in Yemen, Iraq and Ethiopia. Clients included the BBC, RTE and international networks. Prior to that I taught for a number of years at home in Ireland, my subjects being Gaeilge, English and Geography. I have taught at primary level and at adult level I taught Gaeilge to Americans for the Irish Arts Centre in New York. I have taught Gaeilge to adults in Dublin for Bord na Gaeilge, now Foras na Gaeilge. Between 2011 and 2015 I worked on a media campaign to highlight the achievements of Nancy Corrigan, a pioneering aviator who had emigrated from poverty in Mayo at the age of 16 and ended up training American pilots for WWll. Documentaries for TG4, Sky TV ensued. An exhibition at the International Women's Air and Space Museum, Ohio, copious press articles as well as broadcast media following the screenings all ensured Ms Corrigan achieved the international recognition she deserved.