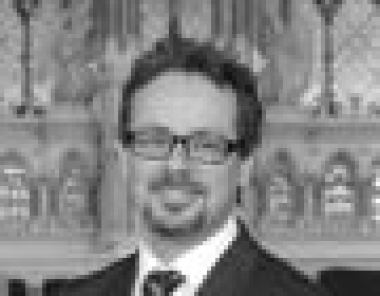 Brendan Jennings graduated from Dublin City University in 1993 with a BEng in Electronic Engineering. He stayed in DCU to do a PhD which he completed in 2001. He worked as a Software Engineer with Irish start-up company Openet until 2003, when he moved to Waterford IT to join the TSSG group as its second post-doctoral researcher. In his 11+ years with TSSG he has contributed to and managed a number of research projects funded by SFI, HEA, EI, the IRC and the EU; in recent years he acted as TSSG’s Head of Postgraduate Studies and latterly as it’s Director of Research. During this time he supervised 5 PhD students and 3 MSc by Research students to completion; currently he supervises or co-supervisors 8 PhD students and 2 MSc by Research students, the majority of whom will complete their work during 2015. In TSSG he mentored a number of new PhD/MSc supervisors and has acted as internal/external examiner for PhD and MSc by Research students in WIT, TCD, CIT, AIT and Ghent University. During 2012 he spent a summer as a visiting researcher in KTH – Royal Institute of Technology in Stockholm, Sweden, and in the first half of 2014 he was a visiting researcher in EMC Research Europe in Cork. He is very active in the international research community addressing the management of communications networks, frequently serving on the organizing committee for its flagship conferences IM, NOMS and CNSM. He has published 100+ peer-reviewed articles in conference proceedings and international journals.