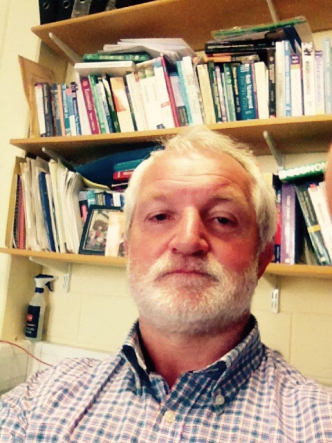 In addition I deliver lectures in both Microeconomics and Macroeconomics to first and second year on the Bachelor of Business (ordinary) and Higher Certificate in Business programmes.

As well as being Course Leader of the BA Financial Services programme I have also taught Banking Theory and Practice to this cohort.

More recently, I have lectured a module in Statistics and Mathematics to our first year BA Accounting (Honours) students.

Prior to joining WIT, I lectured in the Finance area in UL and in Economics on a part-time basis at the School of Professional Studies in Limerick.

I am very involved in community work in my local area of Ballina-Killaloe, particularly in relation to the local GAA club.  I currently hold, and have held for a number of years, an administrative position and devote quite a lot of my free time to fundraising etc.

I am also heavily involved with the Mellon Educate charity (under the auspices of The Niall Mellon township Trust, NMTT) .  Briefly, this is a charity that was set up in 2002 by its founder, Niall Mellon, to provide good quality housing for the underprivileged people living in shacks in the townships on the outskirts on Cape Town in South Africa.  The inhabitants of these townships suffer from many major issues such as high levels of HIV AIDS, unemployment and crime.  As part of the initiative, each year since 2002 a group of Volunteers, the vast majority of which are Irish, have travelled to Cape Town (usually in November) for 7-10 days to help build these houses and I have had the privilege of being part of these Blitzes since 2009.  The group is comprised of people from all walks of life, from the professional builder on the one hand to managers, lecturers, housewives, accountants, secondary school children etc. who have little or no building experience, on the other.  The unity of purpose brings this disparate group together for the week and although the work is often hard and intense, there is a great sense of camaraderie and a tremendous sense of achievement at the end of the week when one sees the difference the houses will make to the lives of the recipients in the townships.

In 2013, as a result of the South African government increasing the amount of assistance provided for housing, NMTT decided that they would shift their focus away from housing and towards education since this was not being addressed adequately by the governments on many African countries.  As a result the Mellon Educate initiative was born and this will involve the provision of new and improved educational facilities not just in Cape Town, but also in other areas of South Africa and in other African countries such as Kenya.  It will also involve the running/oversight of these projects.

The first Blitz under the Mellon Educate initiative was to have taken place in Nairobi, Kenya in November 2013 and was to involve the provision of a new school and medical centre for the people living in the Mukuru Slum.  I was scheduled to be part of this blitz but unfortunately, in the week before we were due to travel, the tragic situation regarding the kidnapping and killings of people in the Westgate Mall in Nairobi took place.  As a result it was deemed unsafe for the volunteers to travel.  However, the funds raised by the volunteers were still used to build and complete both projects and both are now in use and were officially opened in May 2014.

Due to the cancellation of the Nairobi Blitz the first Mellon Educate Blitz took place in March 2014 and I participated in that.  320 volunteers worked on the renovation and extension of the Orangekloof primary school in Cape Town and also on 3 smaller projects in the Koksdad area of Durban.  In November 2014 the volunteers worked on 3 schools in Nelson Mandela’s home place in the Eastern Cape. I participated in that Blitz and also brought my daughter, who is in transition year, with me. Each volunteer must provide €4,000 towards the blitz, the majority of which is then used to fund the educational projects.  As one can appreciate, fundraising of this type is never easy, but particularly in the current economic climate in Ireland.

For a more comprehensive description of the work undertaken by Mellon Educate please see the charity's website, www.melloneducate.com