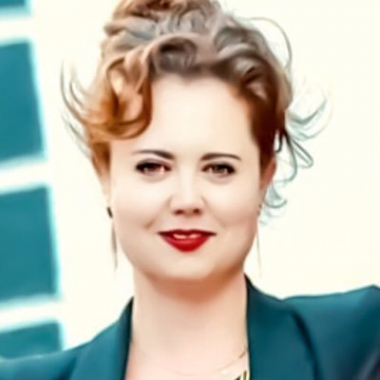 Dr. Jennifer Kavanagh is a Law Lecturer in Waterford Institute of Technology.

She holds PhD in Law from Trinity College Dublin. Her thesis was on Constitutional Law and Government Policy Information.

She is a regular commentator on politics and current affairs on national and international media as an expert in Constitutional Law and Electoral Law. ​

Kavanagh, J. (2016) ‘#tweetgate -When Public Service Broadcasters and Twitter go to War in Thussu D. (Ed.) European Media Policy for the Twenty-First Century: Assessing the Past, Setting Agendas for the Future (Oxford: Routledge)

Kavanagh J. (2013), ‘Lost in Translation: Planting the seed of Parliamentary Sovereignty in a nation based on Popular Sovereignty’ International Commission for the History of Representative and Parliamentary Institutions, Dublin, 4 – 7th September 2013

Kavanagh J. (2013) ‘Where’s the Harm in That? The Right to Know and National Security in Ireland’, #foi15: The Right to Know – Examining 15 years of the freedom of information act in Ireland, University of Limerick, 11th February 2013  (Currently being redrafted for a book chapter)

Kavanagh J. (2012), ‘Defamation in the Dáil: The Right of Reply for Citizens and the Use of Standing Order 59’, PSAI Postgraduate Conference, Maynooth, June 23

Kavanagh, J. (2009) ‘How the law on blasphemy can be used as a barometer of cultural change’ Cultural Exchange Conference, Trinity College Dublin and Royal Irish Academy, 13–14 November.

Other Publications and Submissions

Department of An Taoiseach (2018), Regulation of Online Political Advertising in Ireland Submissions, https://www.gov.ie/en/publication/86da72-regulation-of-online-political-advertising-in-ireland-submissions/

Houses of the Oireachtas (2017) Report of the Forum on Parliamentary Privilege, https://data.oireachtas.ie/ie/oireachtas/parliamentaryBusiness/other/2017-12-21_report-on-the-forum-on-parliamentary-privilege_en.pdf>.

Kavanagh, J. (2015) Are there limits to Absolute Privilege (Human Rights in Ireland) <http://humanrights.ie/uncategorized/are-there-limits-to-absolute-privilege/>

Kavanagh, J. (2012) 'Executive secrecy, access to policy: lessons from the past', School of History and Archives UCD, (HistoryHub.ie) <http://historyhub.ie/executive-secrecy-and-access-to-policy>

Jennifer is a regular media contributor on National and International Broadcast Media for expert and general commentary on Constitutional Law, Elections and Electoral Law. She has been a panellist for RTÉ, Newstalk, Today FM, TV3, Channel 4 News and Sky News amongst others. She has also contributed opinion pieces for The Sun, The Sunday Times and Waterford News and Star.