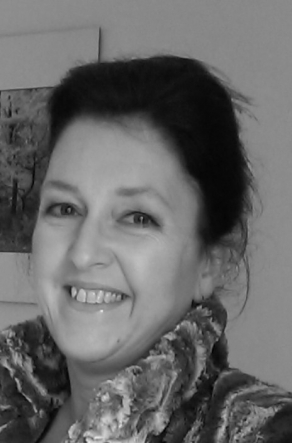 Katherine works as a lecturer in the Department of Arts. She holds a Bachelor of Science (Open), a Diploma in Sociology and Bachelor of Science ( Honours) in Psychology (1st Class) from the Open University. She received her doctorate in 2014. She is a chartered member of The British Psychological Society.

Katherine's research interests are interdisciplinary in nature. In particular the sociology of families and children coupled with a focus on developmental psychology. Family stories and family routines and rituals are of passionate interest and the focus of much of her work to date. Breastfeeding practices in and Irish context are also of keen interest and link to past professional experience.

Cultural geographies and children’s geographies are also important and have been the focus of national and international conference papers. In addition, much of  Katherine's research employs narrative methods as a qualitative methodology. This type of social research is a new and exciting field of social science inquiry.

Oral history methods are another key area of interest and are the focus of her current research. Katherine along with her colleague from the School of Humanities was awarded funding from the Broadcasting Authority of Ireland in August 2015 for radio documentary about the lives of people who have lived and worked in the College St. Campus buildings, the Good Shepherd convent and St. Dominic’s building.

Cagney, K. (2013) ‘Gendered Spaces within the Home: An Irish Perspective’ in Rogers, B. L. and Sugiyama, A. (eds.) Space and Place: Diversity in reality, imagination and representation, Oxford: Inter-disciplinary Press.

Cagney, K. (2014) ‘That is my place’- an exploration of family space use at home. Unpublished paper accepted at: The International Foster Care Organisation European Conference 26th to 29th of August 2014, Waterford Institute of Technology, Waterford.

Cagney, K. (2009) ‘The Time and Space of Families’  Unpublished poster presented at The Sociological Association of Ireland Annual Conference, May 8th  2009, Waterford Institute of Technology, Waterford.

Member of Division of Academics, Researchers and Teachers in Psychology in the BPS.

Member of the Sociological Association of Ireland.

Member of the Chrildren's Research Network