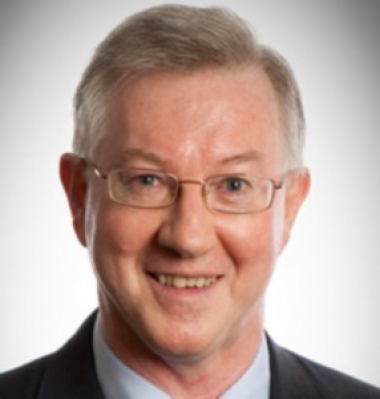 Michael O’Sullivan is a recognised international leader in the field of the academic study of spirituality. He is Director and Treasurer of the Spirituality Institute for Research and Education (SpIRE), Senior Lecturer, and Programme Leader for the MA in Applied Spirituality. He currently serves in the following positions:

- member of the Leadership Board of the Centre for the Academic Study of Christian Spirituality at the University of Zurich;

-  member of the editorial board of Spiritus, the leading journal in its field;

- member of the editorial board of Journal for the Study of Spirituality.

- Research Fellow at the University of the Free State, South Africa;

- Fellow of the European Institute for Spirituality in Economics and Society;

- Research Associate of the Centre for Spirituality, University of Hull;

- Member of the Spirituality in Research and Innovation Group (SRIG), TCD;

- Member of the European Research Network for Spirituality in Healthcare

He worked as a Jesuit missionary priest in Chile during the reign of General Pinochet and has also worked in Central America and East Africa. The story of his time in Chile has been made into a documentary film by Corridan Films, New York. It is available at

He lived for thirteen years with Fr Peter McVerry, SJ, the well-known campaigner for homeless young people, and a few other Jesuits, among socio-economically disadvantaged people in a tower block of flats in Ballymun, Dublin before it was demolished. Having worked originally as a specialist in liberation theology he has dedicated himself since the early years of this millennium to the development of spirituality as an applied academic discipline.

He has served as a member of the Governing Board of the global Society for the Study of Christian Spirituality (SSCS) and of the Steering Committee of the Christian Spirituality Study Group of the American Academy of Religion (AAR).  He was a launch member of the British Association for the Study of Spirituality (BASS) and a founder of both the Spirituality Institute for Research and Education in Ireland, and the Spiritual Capital Ireland Centre.  For more than fifteen years now he has been running the leading international MA in Applied Spirituality., which he did much to devise and design, and to gain accreditation for with different third level bodies. This MA became a WIT MA in 2016 and Michael is the programme leader.

He has authored one book, co-edited another, and written a considerable number of articles and book chapters. He has given keynotes at international conferences in Ireland and overseas and chaired or presided at such conferences.

The following references by leading international scholars in the field of spirituality scholars testify to the standing of Dr O'Sullivan in the field:

- “Dr. O’Sullivan has made a substantial and notable contribution to the development of the academic field of spirituality in its varied forms, particularly in the English-speaking world”.

- “Professor Michael O’Sullivan’s career is a model of how to integrate serious scholarship with a grounding life-commitment to making a difference in the world. I have also always been impressed with the kindness, calm, and good humour that he brings to interpersonal and group relations. At the same time he has a practical mind and is skilled in dong the detail work that is necessary to make programs work”.

- “Dr. Michael O’Sullivan brings a unique background to his academic work in spirituality. His extensive pastoral experience in Latin America, Africa, and with the urban poor in Ireland contribute to his ability to engage in contextual studies and to mentor and relate to the many students in spirituality, formerly at Milltown Institute (NUI), and All Hallows College (DCU) (and now Waterford Institute of Technology)”.

- “Dr. Michael O’Sullivan, SJ has established himself as a leading figure in the academic of Christian Spirituality. Through his teaching, writing, public speaking, and administrative service he has inspired colleagues and students not only in Ireland but throughout the world. Tireless in his efforts to build networks of collaboration among people of different nationalities, denominations, and scholarly disciplines, Dr. O’Sullivan is respected for the breadth of knowledge and the depth of his commitment to academic work that makes a positive difference in the lives of people – especially the poor and marginalized.”

“I have the very highest regard for Professor O’Sullivan as a person, a scholar and a teacher. It is a privilege to be able to work with him and engage him regularly over questions of common concern. It would be difficult for me to overstate just how valuable his presence is to the international effort to promote the rigorous, critical study of spirituality in a way that can contribute to social, cultural and personal renewal. Professor O’Sullivan is one of the real leaders in this important enterprise. He is widely recognized by his North American peers as being one of the most consistently thoughtful and informed European voices on the place and meaning of spirituality in the contemporary world”.

Many lectures, conferences, courses, talks and seminars to a diversity of groups including members of religious congregations, priests, formators, pastoral workers, teachers, and theology students, in Kenya, Tanzania, Ethiopia, and Chile, to African ambassadors, United Nations employees, and employees of the Organisation of African States in Addis Ababa, Ethiopia, to mental health professionals in Arusha, Tanzania, to African women refugees in Kenya, and to university students in Canada.

Numerous contributions since 1977- present, on television, radio, in national and international newspapers, podcasts, and YouTube communications, about issues of faith and justice, including liberation theology, violence against women, the study of spirituality, spiritual capital, and Pope Francis.

‘A Jesuit with the People’, 54 mins YouTube video made by the Corridan Project in New York about my story in Chile during the Pinochet dictatorship. https://www.youtube.com/watch v=H0BB3D6oB3Q&t=7s and https://vimeo.com/260957801  It is a teaching aid for my MA modules on Spirituality, Authenticity, and Method and Spirituality, Social Concern and Gender: And it is used as a teaching aid in Harvard University.