Course Leader of BSc.(Hons) in Land Management in Agriculture, Horticulture and Forestry 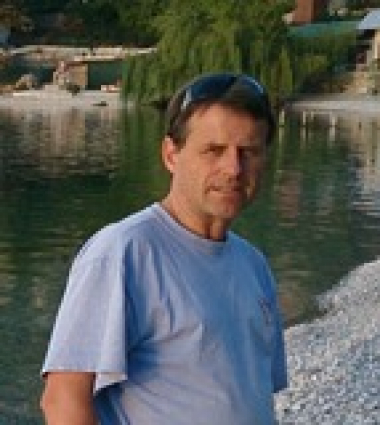 Dr. Mc Carthy has worked in Teaching and Research for the last 20 years firstly with Dr. Conor O Reilly of UCD on Plant and Tree Quality where he also completed a PhD on Herbicides and their effect on seedling quality in the nursery. He then took up a permanent lecturing post on the BSc in Forestry Course at Waterford Institute of Technology, where he continued his research looking at reducing and/or alternatives to herbicides together with investigating the problems of invasive species in Irish forests. With the help of COFORD he set up The Forest Vegetation – Alternative Management Systems research group (FORVAMS) in WIT which investigated using mulches as an alternative to herbicides on afforestation and reforestation sites. He also instigated the setting up of COST Action E47 (2005-2009) entitled ‘European Network for Forest Vegetation Management: Towards environmental sustainability’ of which he was the chairperson. He recently presented keynote papers on Forest vegetation management in Europe into the 21st century at a IUFRO Biosecurity conference in New Zealand (2009) and at IUFRO Forest Vegetation Management Conference in Chile (2012).

He was the Irish representative and very active on the COST Domain Committee for Forests and forest products (FPS) and where he is currently the rapporteur for COST Actions FP1102 Determining Invasiveness and Risk Of Dothistroma (DIAROD), FP1002 Pathway Evaluation and pest Risk Management In Transport (PERMIT) and also COST DC Liaison between the Forests, their Products and Services Domain and Earth System Science and Environmental Management (ESSEM) Domain, FP 1202 Strengthening conservation for adaption of marginal populations of forest trees to climate change in Europe and has just recently been appointed rapporteur to a COST Action on the Balkan Countries and implementing modern forest management systems there.

He was instrumental in the setting up of a one year add-on BSc (Hons) in Land Management (Agriculture/Horticulture/Forestry) for which he is currently the course leader. He is a committee member of the Tree Council of Ireland.

His area of expertise is in Forest Protection with which he has/is worked very closely with both the Forest Service and Coillte in helping to solve some of the problems facing the forest industry into the future. He has worked in the past 7 years trying to publicise the problems facing Irish forests from invasive pests and diseases and is striving to investigate new ways of detecting and identifying these threats early.

He has had Postgrad students working on an early warning management tool for invasive species in Irish forestry and on Rhododendron control using bioherbicides as part of PlanForBio (Plantation Forestry Biodiversity) in collaboration with UCC and Trinity College Dublin and has currently taken on a PhD student to work on seaweed extracts and their potential for use as pesticides in Irish forests.

He also subedited a book on European forest vegetation management practices published in 2009.

He is a keen wildlife photographer and his photos have featured in a number of publications including
Birdwatch Magazine, and have also been used as part of public commissions for signs on local walks.
He also likes to kneeboard surf in his downtime and has represented Ireland at the World Kneeboard
Surf Championships 2009 in New Zealand and was selected to go to the Worlds again in Tahiti in 2013
but due to work and research commitments could not go.

Awarded a WIT PhD scholarship to investigate the potential of seaweed extracts for use as natural pesticides in forestry (2015-2018).

Investigated alternatives to herbicides in Christmas tree plantations and on reforestation and afforestation sites (2004-2007).

Carried out research for PhD thesis on Herbicides and their effect on seedling quality in forest nurseries (1994-1999).

Forestry lecturer and Course Leader (since setting up in 2006) of the BSc (Hons) in Land Management (Agriculture, Forestry, Horticulture)

Ensuring the smooth running and delivery of the BSc (Hons) degree in Land Management as Course Leader where there is a strong emphasis on field studies to broaden student perspectives, reinforce understanding and guarantee longer retention of key learning outcomes on protection, silviculture and forest biodiversity.

Part-time lecturer at Waterford Institute of Technology on the National Diploma in Forestry.

Set up, developed and delivered lectures on the National Diploma in Forestry, which has since led to

Researched under Professor Jack Gardiner on plant physiology and quality projects for 24 months before committing to a PhD in that area.
While researching my PhD, I continued to carry out research assistant duties, supervised final year student projects and lectured part time at UCD.

Course Leader of the BSc (Hons) degree in Land Management (Agriculture, Horticulture, Forestry) since its approval in 2006.

Principle Investigator of the Eco-Innovation Research Centre (EIRC) in WIT.

Have been the Irish Forest their Products and Services EU COST Domain Committee (FPS DC) member for last 4 years.

Principal Investigator on various research projects over the past 12 years (see Research Activities).