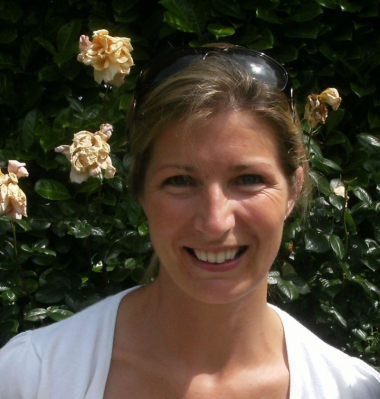 Dr. Rebecca O' Mahony obtained her primary degree in Applied Biology with Quality Management from Waterford Institute of Technology where she also carried out her PhD. studies on molecular identification and structural analysis of nitrile degrading Rhodococcus spp. Rebecca completed a postdoctoral position at the Centre for Food Safety, University College Dublin, Ireland. Rebecca was granted a Newman Scholarship award from UCD which allowed her to pursue her research interests in molecular surveillance of multi drug resistant (MDR) food borne pathogens. Rebecca obtained a MSc. in Food Safety from UCD during this period. In 2006 Rebecca was appointed a lecturership position at Waterford Institute of Technology in molecular biology and bioanalysis. She continues her research in food borne pathogens and has recently applied her molecular biology expertise into the area of sport science. Rebecca is keenly interested in teaching and learning with particular focus on e-learning methods to promote student engagement and active learning. Rebecca is an current member of the teaching and learning sub-committee of Academic Council.

Whilst Rebecca's research interests are mainly associated with MDR food borne pathogens she has been involved in several research projects both within School of Science and more recently with the School of Health Science within the Institute.

Promoting excellence in teaching and learning is a core value that Rebecca incorporates into her classroom environment. Promoting active student engagement in particular with first years students is of particular interest to Rebecca. In recent years Rebecca has invested time into redesigning teaching and assessment methods for delivery to large class sizes (approx.150). Online examinations rather than traditional script examinations have been designed and implemented accross first year biology modules.

Rebeccas pedagogical approach to teaching and learning is multimodal and she implements blended learning into her modules. Some of Rebecca's inspiration to create exellence in teaching and learning orginates from the following experts in their fields; Vygotskys social constructivist approach, Gilly Salmons 5 stage e-learning model, Rogoff community of learners model, Garrison & Vaughan theory on the significance in creating an educational experience within the classroom.

As part of her CPD Rebecca has completed modules in Practical Pedagogy (5 credits) and Blended learning (10 credits) both at level 9 award stage.

Having qualified with a BSc. in Applied Biology and Quality Managment Rebecca was employed as a QA officer at Antigen pharmaceuticals, Roscrea, Co. Tipperary, Ireland. She worked for a short time at Ivax Pharmaceuticals, Waterford Industrial Estate, Waterford, Ireland as a QC analyst.