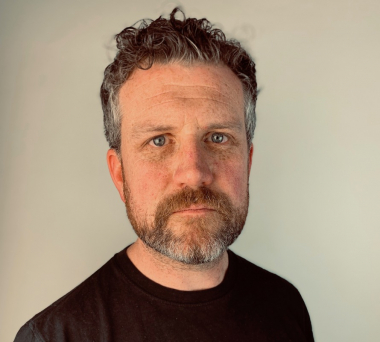 Robert (Rob) O’Connor is a computing lecturer in WIT and is the programme leader for the BSc (Hons) in Applied Computing (WD001). Robert is also a graduate of this course, having obtained a BSc. (Hons) in Applied Computing at WIT in 1999. He then worked as a contract programmer for a number of organisations before returning to Waterford as a postgraduate student in 2002. He successfully completed an MSc by Research with the TSSG in 2004 and took up a full-time lecturing position with WIT in 2006. Since then, he has lectured at both undergraduate and postgraduate level on topics such as programming, digital media and computer science.

Since 2018, Robert has produced and hosted The Machine, a podcast from WIT in which technical topics are discussed at a level suitable for novices. Robert’s specialist areas of interest include native app development, audio/visual media and content production.

As a student in 1998, Robert (Rob) O'Connor undertook a WIT-sponsored C++ software development position for 6 months with the insurance division of IBM Ireland. Subsequent to the awarding of his degree in 1999, he began working with Autonomy Systems (Cambridge UK) as a C++ developer on their 'Convergence' project. This was one of the first professional-level systems that dealt with interoperability and the easy exchange of information between various messaging systems, such as fax, voice, email, SMS and WAP (early mobile web). He also spent time on their knowledge management system based upon Bayesian mathematical theories of probability.

In June 2000, he undertook a short-term contract with Waterford Crystal (Ireland), to integrate legacy systems with a SAP enterprise-wide solution for the company. This involved mostly Java and modelling activities. In 2001, he began working with KPMG in Melbourne, Australia as a web developer working with a large team, using a variety of technologies such as JSP, HTML, Java and WebSphere. During his time with KPMG, he worked with organisations such as National Australia Bank and the Bank of New Zealand.

In May 2002, he joined the TSSG research centre in WIT, working on a number of EU and Interreg funded projects in areas such as ubiquitous computing, network management and web-based services.

In parallel to this, Robert has been very active in the music world, as a performer, composer and broadcaster. He has played an extensive amount of live shows and his compositions have been broadcast on radio & TV in Ireland and France. Since 2002, he has worked with the arts group Spraoi as Musical Director for their many festival events. Since 2006, Robert has produced and presented the Irish Beats radio show on Beat 102-103, which promotes contemporary Irish music.