Lecturer in the Environmental Performance of Buildings 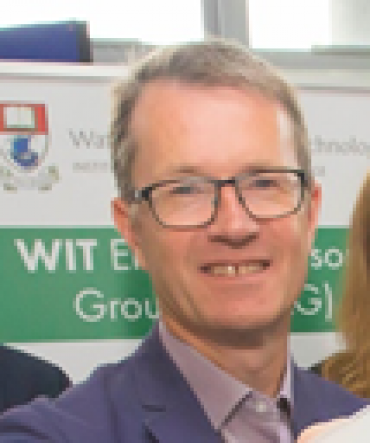 Since 2013 he has been an external examiner on the building services engineering degree program at the Dublin Institute of Technology (DIT).

Since 2014 Tom has worked within and chaired the group called the WIT Energy Advisory Group (WEAG) which aims to make WIT an exemplar of best practice in all areas relating to energy. It has achieved successes such as the installation of 40 kW building integrated solar photovoltaic panels on site and also the certification of the five campuses of WIT to the ISO 50001:2011 international energy management system.  WEAG leads the way in promoting energy awareness to staff and students with the annual Green Days at the institute and Tom was successful in receiving funding through the EPA Green Enterprise initiatives to deliver a pilot course called Green Team Recognition Certificate to encourage participants to get involved in green teams.

Tom mentored the WIT interdisciplinary team of students which won the inaugural Passive House of Ireland Design Charette at UCD in 2014.

During 2016 along with colleague Juergen Bauer of the Department of architecture he delivered a successful workshop with French students from CESI where environmental assessment methods such as BREEAM and LEED were compared with the French and Haute Qualité Environnementale  (HQE).

In summer 2015 Tom supervised Brazilian students in the Science without Borders (SwB) projects funded by CAPES where the students worked on environmental design projects using the WIT cork road campus as the proposed site of the proposals.

An avid fan of all things athletics Tom is the staff representative on the WIT Athletics club committee, competes in age protected masters athletics where he holds a number of national titles and records and has competed at european and world indoor championships.