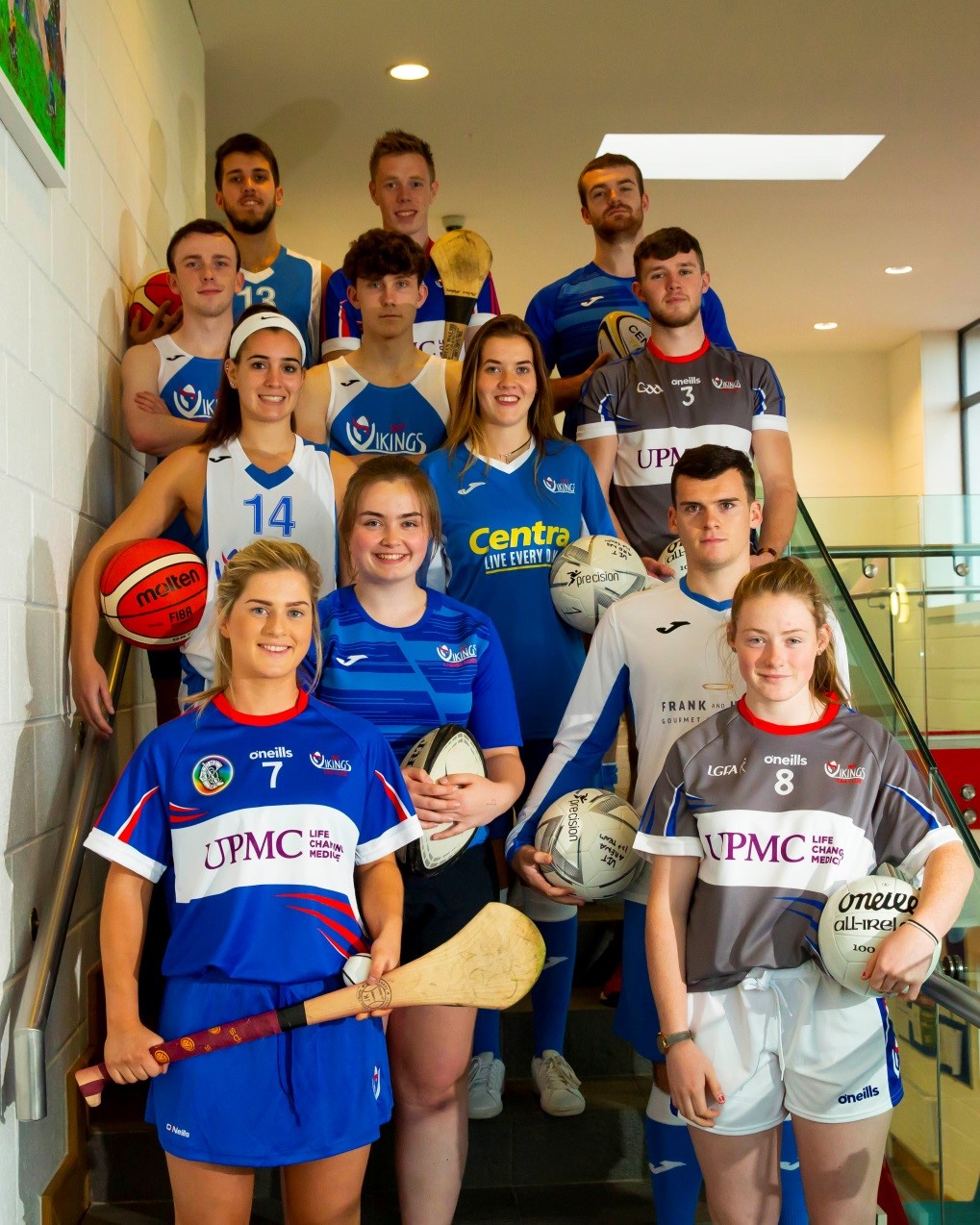 SETU Waterford Vikings Sport is steeped in sporting history with athlete and teams competing at the highest level both nationally and internationally.

Vikings GAA club have a remarkable having 9 Fitzgibbon cups and 8 Ashbourne Cups to their names. Success has also been obtained in Ladies football with Giles and Lynch cup titles along with Men’s football national league titles.

Our Vikings Soccer Club created history in 2019 after the Men’s premier team captured the CFAI Perpetual cup while our ladies team have had stellar seasons capturing shield titles and reaching the final four in national cup competitions. The club has also had multiple players compete at the international stage in recent years with the Irish University team.

Our Men’s and Women’s basketball teams continue to grow and develop. From having links with the SETU Waterford Waterford Vikings and Wildcats National League teams our club has a string connection with the basketball community in Ireland.

Athletics has flourished in recent years with the addition of Irish International Sprinter Phil Healy. Phil has been burning the track for WIT, nationally and has also competed on the international stage representing her country. In 2018 she became the fastest woman in Ireland breaking both the 100m and 200m records while also being crowned 400m champion. Phil also broke both records at the Irish University Outdoor event in 2019.

Our Goal is simple: To provide you and your team with an exceptional customer experience to compliment the world class facilities that will be made available to you.