Ulster University and the National University of Ireland Galway are pleased to announce a partnership with Waterford Institute of Technology (WIT) which will see the Representations of Jews in Irish Literature exhibition being brought to Waterford.

Representations of Jews in Irish Literature will be launched by poet Simon Lewis, who has recently published a collection of poetry Jewtown. Lewis was the winner of the Hennessy Emerging Poetry Prize and runner-up in the Patrick Kavanagh Poetry Award in 2015.

The exhibition will be hosted by WIT for the month of February and will feature a complimentary display of materials relating to Jewish culture and identity including an exploration of the lives of Miss Fanny Diamond and Mr Jacob Lappin, the first Jewish couple married in Waterford on 14 November, 1894.

The exhibition is the first major output of a three-year research project funded by the Arts and Humanities Research Council which charts the representations of Jewish identity, culture and life in Ireland from medieval through to modern times. It examines the portrayal of Jews in the literary record alongside the contribution of Irish-Jewish writers to Irish literature and celebrates this unique hyphenated identity.

“The WIT Libraries’ research into Waterford’s Jewish history has also opened up an exciting collaboration with San Francisco-based Valerie Lapin Ganley, producer of the documentary ‘Shalom Ireland’; to narrate the fascinating story of her great-grandparents’ wedding in Waterford in 1894.”

This will include artefacts relating to the couple in display cases including copies of the wedding invitation and marriage certificate amongst other documents that can be found.

Having a very successful debut in the Royal Irish Academy, Dublin on 30 June 2016, the travelling Representations of Jews in Irish Literature exhibition toured a number of key venues during the year including Armagh Public Library, Public Record Office of Northern Ireland, Coleraine Town Hall and the National University of Ireland, Galway.

Those seeking further details and to attend the exhibition in February and its launch on 1 February should contact Peggy McHale by email or by telephone at: +353 51 302877 and email: [email protected] 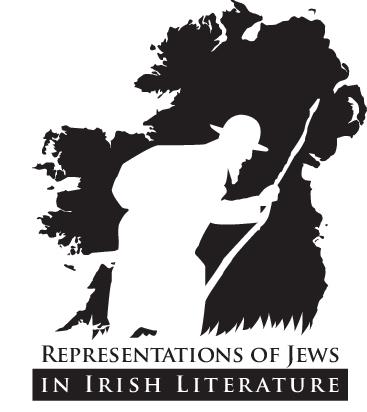