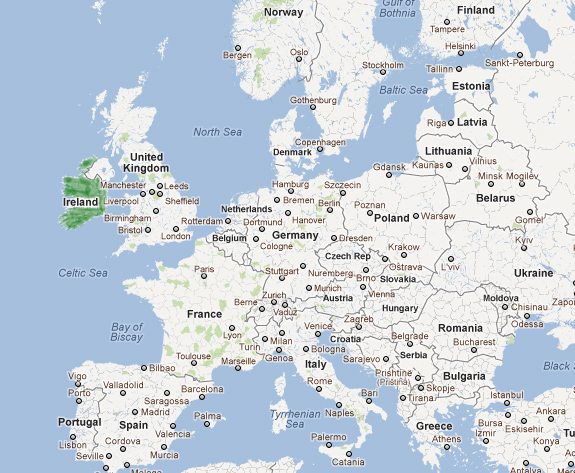 Ireland is a small island republic off the coast of North West Europe. It lies about 100km from its nearest neighbour, the United Kingdom across the Irish Sea. It has been a member of the European Union since 1973 and plays a very active part in all the activities of the Council and the Commission. It is approximately 500 km from Paris and Amsterdam by air. The population of Ireland (north and south) is around 4 million.

In the past many Irish people emigrated to the UK, USA, Canada, Australia and New Zealand and this means there are strong social and cultural bonds between Ireland and these countries.

Its main working language is English. Its educational system is well respected and leads to qualifications which are recognised and valued worldwide. Higher education has played an important role in the economic success of the nation. Colleges are relatively small and can give students good personal attention. The climate is mild, the environment clean and healthy and it is safe, having relatively low levels of crime.

While it has a vibrant modern economy with access to the full range of information technologies and other services, Ireland also has a long history and a unique culture with its own language, literature, music etc. Irish people are warm and welcoming to overseas visitors.