Minister Harris signalled that a multi-campus university would be established in 2022, with investment in new campuses in Wexford and Waterford

Minister for Further and Higher Education, Research, Science and Innovation Simon Harris TD has today (Tuesday) announced a Technological University is to be established in the South East in the 2021/2022 academic year.

Minister Harris said: "This is a really exciting day for higher education in the South East region, signalling the establishment next year of a multi-campus university presence across the region.

"After years of debate, the establishment of this new technological university will become a reality next year, and the South East can look forward to it increasing higher education access, driving enhanced regional development and increasing opportunities for students, staff, business and enterprise, and local communities across Carlow, Kilkenny, Wexford and Waterford.

"We will continue to invest in this new university with new campuses in Wexford and Waterford. The footprint of this TU will be felt right across the region. Students graduating in the current academic year will be the first to do so in the region with locally sourced university qualifications.”

The Minister concluded: “I would like to warmly congratulate and sincerely thank the very many people from the two Institutions including their management, governing bodies, staff, students and the wider regional and community stakeholders who have enabled today’s announcement and who can now look forward to an exciting future for this new university.

"I would like to thank the HEA, and the international advisory panel for their important roles in the assessment of the application. The HEA will now seek to finalise remaining operational elements in line with the advice of the advisory panel in preparation for establishment next year. The HEA will continue to keep me informed and advise me on these matters.”

Minister Harris’s Department will shortly be inviting expressions of interest for the roles of chairperson and two external members of what should become the first governing body of the new TU.

Welcoming the announcement, Tánaiste Leo Varadkar TD said: "This is really excellent news for the South-East. It will make it easier for the IDA to secure foreign direct investment for the region and is sure to become an incubator for new Irish businesses which will become major employers in their own right. University of Limerick had a transformative effect on the city and Mid-West region. I believe the same can happen now in Waterford and the South-east."

Game changer for the region 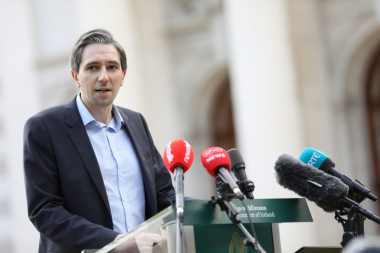 "Students graduating in the current academic year will be the first to do so in the region with locally sourced university qualifications,” said Harris.