The Aurora Prize for Writing seeks outstanding new writing in fiction and poetry.

Dr Fiona Ennis, a lecturer on the Bachelor of Arts (Hons), Department of Arts, at South East Technological University (SETU) Waterford has been nominated for the Aurora Prize for Writing.

The Aurora Prize for Writing seeks outstanding new writing in fiction and poetry and is run by Writing East Midlands in conjunction with the Society of Authors.

Dr Ennis has been nominated in the short-fiction category for her piece Contraband. The judge for the fiction competition is acclaimed writer Shreya Sen-Handley, author of three books with HarperCollins. She is also a teacher of Creative Writing in Indian and British institutions, including the University of Cambridge.

In 2022, Dr Ennis was awarded second place in the LA-based ScreenCraft Cinematic Short Story Competition. She has previously won the Molly Keane Creative Writing Award and was one of the winners of the 2021 Fish Short Story Prize.

The winner will be announced at a ceremony that will take place in October.

Dr Fiona Ennis, a member of the PLACE and Analysing Social Change Working Groups, said, “I’m honoured to be included in the list of nominees for the Aurora Prize.”

Researchers in PLACE (Practice-Led, Active and Creative Engagement) create and investigate literature, dance, drama, film, and theatre practice, investigating the power of narrative as it pertains to the self and social structures, and explore how stories are created and expressed through different media and genre. 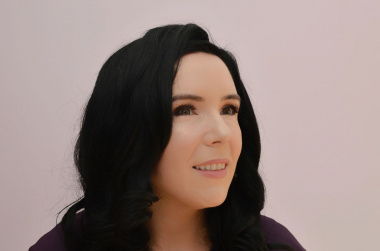