WIT was well represented among the Athletics Ireland awards, with an award going to a lecturer as well as an athletics coach

Prof Murphy has contributed to the development of some very talented endurance athletes with Kilkenny City Harriers and manages Irish women’s cross country teams. She was manager of the silver medal winning U23 team from the 2019 European Cross County Championships in Lisbon and also manager of the women’s U20 team who competed in the recent European Championships in Dublin.

McCormack was honoured for his contribution to development of Irish sprint talent in the south east including Olympian, Phil Healy who represented Ireland in the Tokyo Olympics. Shane is also a long-standing coach with WIT Athletics Club.

A former international in cross country & track & now a coach at KCH. Niamh was in charge of the silver medal winning womens team at the U23 European XC in 2019 in Lisbon!

Commenting on the Prof Murphy’s achievement, Prof Michael Harrison, Head of Department at WIT noted that “Niamh brings incredible energy and dedication to her coaching, research and academic roles. Although her academic and research work in WIT are more related to researching population physical activity and as programme lead on the BSc in Public Health and Health Promotion, she is a former international athlete who has never lost interest in competitive athletics.”

“Coaching requires time and dedication to an athlete group, but Niamh manages to balance all of these roles.”

Shane has been among the most prominent sprint coaches ever produced in Ireland & is IAAF Level 4 qualified in sprints & hurdles & has been coaching for 22 years!

Aaron Grant, General Manager of WIT Arena & Head of WIT Viking Sport, commented on Shane's achievement, stating, “Shane's dedication, hard work, and commitment to coaching athletics are unmatched, with the culmination of this work occurring in the Tokyo Olympics with WIT Elite Scholarship Athlete Phil Healy. We are extremely proud and honoured to continue to have Shane working with all of our WIT Sport Scholars as our WIT Vikings Athletics Club Development Officer.” 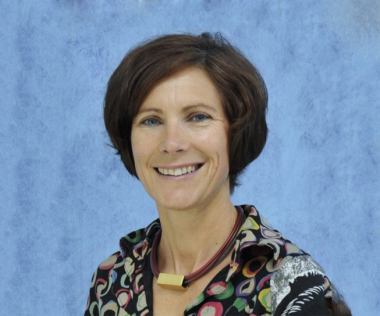 Pictured is Prof Niamh Murphy one of the award recipients