As the horror of war unfolds in Europe, the staff and students of Waterford Institute of Technology extend our support to the people of Ukraine at this dark time.

Peace and freedom are precious human rights which must be cherished and projected equally in Ukraine as in Ireland.

Our thoughts are with colleagues and friends who have connections to Ukraine. We also extend our deepest sympathy to fellow Ukrainian academics and to the education community, students and their families.

In the world of academia, we cherish the values of freedom of expression, respect, dignity and equality, which have been crushed by the aggressive invasion of Ukraine. We recognise the courage of the Russian citizens who have joined the anti-war street protest across Russia despite the potential of arrest and imprisonment.

“In all history there is no war which was not hatched by the governments, the governments alone, independent of the interests of the people, to whom war is always pernicious even when successful”.  Leo Tolstoy 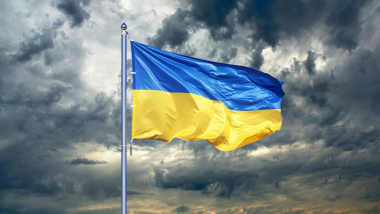