A nutrient-rich diet with lots of colourful fruit, vegetables and fish can play a key role in protecting our brain health and reducing the risk of Alzheimer’s disease as we get older. That’s according to new research just published in a prestigious international journal.

The two-year review by a team from the Nutrition Research Centre Ireland (NRCI) in the School of Health Science at Waterford Institute of Technology focused on the part played by nutrition in cognition and Alzheimer’s disease which is the most common form of dementia.

The research found that nutritional components featured at high levels in the ‘Mediterranean diet’ are active in preventing oxidative damage and inflammation of key parts of the brain – meaning they have significant potential for protecting cognition and reducing the likelihood of developing Alzheimer’s disease which is a growing public health risk as populations age.

Ms Power said: “This review shows that those with cognitive impairment have poorer dietary patterns and are deficient in both carotenoids and Omega-3 fatty acids in comparison to cognitively-healthy individuals. This suggests that nutritional intervention may benefit those with mild cognitive impairment or early stage Alzheimer’s disease. Carotenoids and Omega-3 fatty acids are present in brain tissue and it is likely they play a significant role in maintaining cognition as they help reduce the harm caused to older people by oxidative stress and neuro-inflammation.

“With pharmacological breakthroughs still elusive, it makes sense to continue to focus on preventative approaches. Further NRCI research called the CARES trial is now underway to examine the impact on cognition in mildly-impaired individuals who receive nutritional supplementation with carotenoids and Omega-3 fatty acids over a two-year period.”

Prof Nolan added: “Efforts to reduce the risk of dementia through diet and supplementation is particularly significant as our population gets older. Global estimates suggest there will be 1.6 billion people aged 65 or older alive in 2050. This is hugely positive in that it means more people are living longer but it does also mean that there will be far greater exposure to age-related conditions like Alzheimer’s disease – especially if we don’t take proactive steps to reduce risk.

“At an individual level, diet and exercise are two powerful interventions we can make to help protect our general and brain health as we get older. We should aim to eat lots of plant-based foods and olive oil as well as fish but also much less processed foods, saturated fats, meat and poultry. A good guide on diet is the more vibrant, naturally-coloured a food is, the better it is for us so look out for foods like spinach and peppers and try to have plenty of variety on your plate at meal times,” he continued.

“A clinical trial called re-MIND involving patients living with Alzheimer’s disease is also ongoing at NRCI. This builds on previous research that noted improvements in memory, sight and mood among some patients taking supplementary carotenoids and Omega-3 fatty acids.”

For their part, Prof Michael P Doyle and Prof David Julian McClements, co-editors of the Annual Review of Food Science and Technology, described the Waterford article as “particularly timely”, adding: “It highlights the current state of knowledge in this important area and is essential reading for anyone interested in this critical topic. In particular, it stresses the important role of the health-promoting constituents in fruits, vegetables, and fish, important components of the Mediterranean diet, in helping to prevent brain-related diseases in the elderly.”

The current NRCI research publication in the 10th Annual Review of Food Science and Technology is available here. 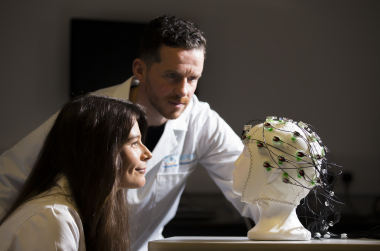 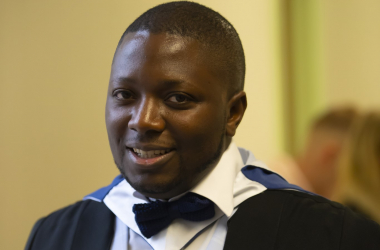 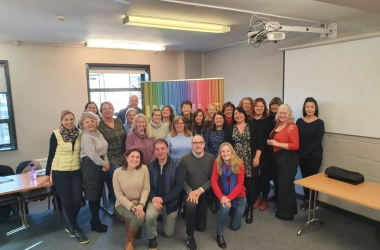 Two groups of Masters’ students meet up for the first time