James Dunne is a world travelled Irish chef and experienced Lecturer with a demonstrated history of working in the education industry as a former lecturer of Culinary and Baking Studies at Manukau Institute of Technology, Auckland, New Zealand.

Hailing from the Premier County, Tipperary man James Dunne like so many in the restaurant game fell into this line of work by complete accident, having originally gone to college to study animation in Dublin. James spent his formative restaurant years in the East Bay of San Francisco, as a part of the J1 summer mass exodus of young world hungry Irish students, to form what would become his unlikely lifelong passion, food. Like most young Irish men at that time in their life James left home barely able to boil an egg, so it is a continual surprise to his family that James has gone onto to have such a well-travelled career.

It was in a local establishment, The Bull Valley Inn, in the time forgotten town of Port Costa, CA that he began his odyssey through the culinary world some twenty years ago. Starting as a dish washer and then promoted to the exalted position of bus boy James began to learn the restaurant business from the bottom up. Then one night he was given the chance to wait on some tables. Challenging as it was he muddled through with the help of some Irish wit and charm. It was as this point that James made the next logically step in his evolution of a soon to be chef, to become a waiter.

During this period James really started to learn about food. He found that the more food savvy a waiter he was the greater the tips. So James began to read up; terms, words, meanings anything that he could get his hands on, the food network was constantly on, so that when he recited that evenings specials he actual knew what he was talking about. Unbeknownst to himself he had stirred a yearning to learn more and after two years of waiting he found himself slowly spending more and more time back in the kitchen.

Returning to Ireland and back to college with aspirations of becoming a chef James completed his training at Cork Institute of Technology where he was awarded a Scholarship to Johnson Wales University, Rhode Island. It was during this time that James’s wanderlust continued leading him to work in the USA once more, followed by a stint in Australia and finally to New Zealand where James was a part of the team who set up the Waiheke Island Yacht Club as a sister restaurant to Tony Stewarts Auckland flagship, Clooney, during the Americas Cup ’13 in San Francisco.

Upon his return to New Zealand James felt the need to move on and close a chapter in his life that had taken him far but was not going to fulfil his desire, to see more and to learn more.

In recent years James had taken a step back from being the learner in his chosen occupation, realizing that he had maybe reached a point where he knew enough and that what he didn’t know he could comfortably learn on his own. It was from this point that he had taken on the role of a leader.

This role became a pathway into what he has become now, a facilitator. James found that he took great pride in creating a stable environment in which the people he had under him could learn and that he could pass on his knowledge and in some ways act as a mentor.

James has said “Teaching what you know sometimes helps you to understand what you actual do know and therefore what you don’t. Passing on your knowledge is very reflective that way and, in a sense, has been very cathartic for me”

Completing his lecturer studies at AUT in 2016 James has spent the last four years as a Lecturer at one of Auckland’s top culinary schools, Manukau Institute of Technology. With a special interest in sustainability and viability within the Culinary Arts James’s hope is to bring a focused look at sustainability and how to implement best practice from the Culinary Industry’s leaders to the classroom.

James who is now a Kiwi citizen recently returned home to Ireland with his wife, a New Zealander, to attend Waterford’s Institute of Technology Culinary Arts programme to complete his Ba (hons) in Culinary Arts. 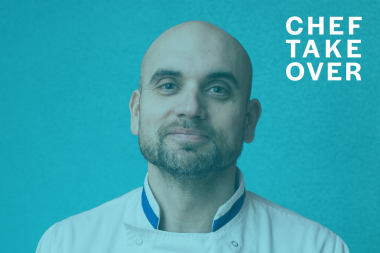