Rob Condren is a fourth-year culinary student. Currently living and working in Waterford. Rob is from a small village near Gorey in county Wexford. Growing up on the family farm he was always interested in food and where it comes from. Rob has always loved cooking and was thought from a young age by his mother, so it was natural progression that rob would go to architecture school for 3 years. He then saw some sense and went for his true passion in a culinary career.

Over his short professional career Rob has been given some amazing opportunity’s and has seized every one of them, from his first chef  job at a beach club in  Long beach, New York, working as pastry chef de Partie in the acclaimed Slieve Donard resort and spa in county Down. The opportunities were not only in his working life but also in his studies. In 2019 Rob travelled to Toronto Canada, to study in the Canadian centre of culinary arts and science at Humber college.

This is only the start of the road for Rob and he is excited for the journey ahead. To see where this road takes him follow him on his Instagram @chef_rob95. 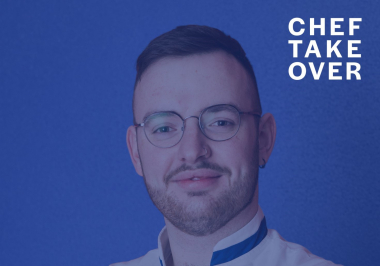