Currently studying the BSc in Information Technology at Waterford Institute of Technology (WIT), Niall Harney says he has been playing football since he was six years old and plans on keeping up his participation in sport, but is hoping to move abroad in the near future, where he will play GAA overseas.

The sports scholarship programme gives talented young athletes the opportunity to develop their sporting and academic career by offering a network of support services and expertise which is tailored around the specific needs of each individual athlete.

Harney says one of his most proud moments was winning the “treble” at minor for his club, Bannow-Balymitty , which included the league, championship and Jim Byrne Memorial.

“My personal aim this season is to win the county final with my club.”

Discussing preparation before a match, Harney says determination and focus are vital.

“I would suggest eating right and keeping hydrated in the days leading up to game, along with a good night’s rest”

Harney is a dedicated player, and aims to train between three and five times a week, but always ensures there is room for leisure, and believes in taking it as it comes when dealing with college and training.

Following an intense match or long training session, Harney turns to his games console, “to relax or unwind I like to watch some television or play my X-Box.”

As well as Gaelic football, Harney is a big soccer fan and says while growing up, his idol was Brazilian footballer, Ronaldhino.

When looking to the future, Harney plans on taking his BSc in Information Technology degree and heading abroad to play Gaelic Football.

“In three years’ time, in relation to sport, I see myself playing GAA abroad.”

According to Niall, the soundest piece of advice he has received was, “if you fail, get up and keep going.”

The Sports Scholarship Programme at WIT offers an athlete led development programme aimed at supporting the overall development of high performance athletes in a wide range of sports. The programme gives talented athletes the opportunity to develop their sporting and academic career by offering a network of support services and expertise which is tailored around the specific needs of each individual athlete.

Every academic year, WIT provides up to 60 Sports Scholarship Awards distributed between four awarding categories which reflect the sporting level a student is competing at within their sporting discipline:

Gold Scholarships are given to those students who are excelling in their sport and competing at the highest level in their sport.

Silver Scholarships are usually awarded to those students already in the college. Students receiving Silver Scholarships will have demonstrated their potential and commitment to their sport and WIT Club and will be competing at a high level.

Bronze Scholarships are open to all sports and are generally given to prospective and new students on entry to WIT. This Scholarship is also available to students who have completed first year in college and have demonstrated above average potential and commitment to a WIT sports club.

Sports Recognition Scholarships are one of most recent scholarships which was established to recognise outstanding WIT student athletes who have shown huge commitment to sport in WIT and who have also played a leading part in the development of Clubs and Societies life here in the college. 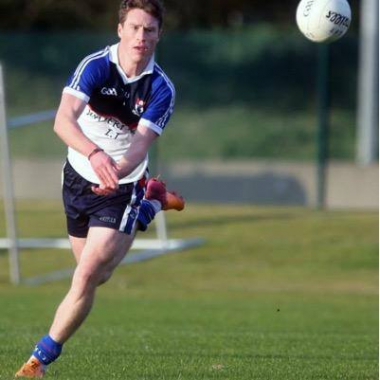