BA in Culinary Arts graduate Keith Boyle spoke to WIT about his time at the Institute and his new business venture the BayTree Bistro’s success, since completing his degree at WIT. In less than a year of opening, Keith's business venture was awarded with the McKenna Guides Best Newcomer Restaurant of The Year. Since then, he and his wife Carmel have seen their business bestowed with more prestigous awards.

Choosing Culinary Arts I chose the BA in Culinary Arts as after 15 years being out of education. I was wanting to refresh my culinary knowledge and progress into the more modern style of cooking and also the give me the confidence to go back to education as I would hope to pass on my knowledge in the future as a culinary lecturer.

Studying at WIT WIT is a great place to study. The lecturers there are very informative, friendly and will go above and beyond to get you on your journey. And it’s on our doorstep we don’t know how lucky we are.”

The culinary journey The BA in Culinary Arts is a great course for furthering your knowledge in your gastronomic journey. From learning new techniques and presentation ideas, to culinary leadership and oenology, this course will open up whole new ideas for you. The BayTree was opened February 2015 by myself and my wife Carmel above one of Waterford’s busiest bars on Ballybricken, called the Exchange. In a very short time we had established ourselves as one of the cities “go to” restaurant’s for our different take on the dining scene in Waterford. In December 2015, we were voted McKenna Guides Best Newcomer Restaurant of The Year and in February 2016 we were awarded Waterford’s Best Newcomer Restaurant by the Restaurant Association of Ireland. In April 2016 we were honoured with winning Munster and Ireland’s Best Newcomer Restaurant at the coveted FoodOscars in Dublin. This massive achievement gave us the confidence to take the next step and open our brand new restaurant on Waterford’s Quays. 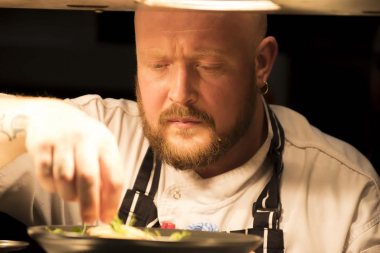 BA in Culinary Arts graduate and co-owner of the BayTree Bistro, Keith Boyle