Aoife Doyle is from Waterford and is a past pupil of Our Lady of Mercy, Waterford. Aoife completed her undergraduate at the University of Limerick before coming to WIT to complete her postgraduate programme in Higher Diploma in Arts TV Production and Media Production.

Prior to studying this programme I:

Studied for a BA in New Media and English in the University of Limerick from 2011-2015. During my time there I really enjoyed my film studies modules, and the technical aspects we studied such as animation, which contributed to my decision to apply to the Ard Dip.

My motivation for doing the Ard Dioplóma i Léiriú Teilifíse/Higher Diploma in Arts TV Production and Media Production programme was:

From a very young age I've wanted to work in the film industry. I'd heard about the Ard Dioplóma while I was still in secondary school, and had decided that I wanted to do it before even applying for my undergrad degree in UL. The chance to learn in a working television studio like Nemeton is invaluable.

The course being taught through the Irish language was also a big attraction to me as I had attended a Gaelscoil primary school as a child, and wanted to reconnect with the language.

The programme has impacted my career in the following way:

Towards the end of the course we were visited by a Locations Manager who was in Waterford working on the BBC drama Redwater that was filmed in Dunmore East. After his lecture I asked him if I could come out to work on the job and he said yes. From contacts I made on that job, I had gotten my foot in the door of the industry in Ireland working as an Assistant Director. I went on to work on TV shows such as 'Into The Badlands', 'Red Rock' and 'Innocent', and feature films such as 'The Professor and the Madman', 'Vita and Virginia', 'The Turning' and 'The Rhythm Section'.

After two years working in the industry in Ireland, I decided to make the move over to the European hub of filmmaking that is London in 2018. From the UK contacts I had made while working in Dublin, I slotted easily into the industry in London and found my feet quite quickly. Since moving to London I've worked on 'Wonder Woman 1984', 'Cursed' for Netflix, 'Roadkill' for BBC and I've just wrapped filming on season two of Netflix's 'The Witcher' as a Director's Assistant. My next job starts in a few weeks and will also be with Netflix.

All in all, the Ard Dioplóma in Léiriú Teilifíse definitely prepared me for work in the industry and if I had my time over I would absolutely make the same decision to do the course.

My advice for adult learners considering this programme at the moment is:

To go for it. There were students of all ages in my year group and we definitely benefitted from this as a class. The different levels of life experience contributed nicely to the creative atmosphere of the course. You're never too old to follow your dreams.

Why I would recommend studying in Waterford/WIT:

It has a very welcoming campus with great lecturers, facilities and a wide range of courses. 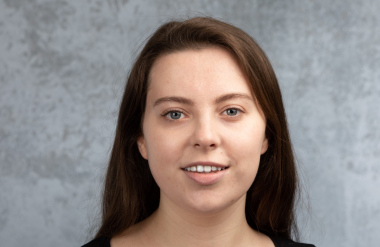