Neil, a recipient of the President's Scholarship, enjoys being located in the Granary Campus in Waterford city centre with the Department of Architecture

Neil Quinn, a past pupil of Waterpark College, Waterford is one of 4 students at Waterford Institute of Technology (WIT) to be awarded a President’s scholarship for 2018/2019. The first year student is studying Bachelor of Architecture (Hons).

In his application he included that he, for many years, volunteered in helping in horse riding for disabled children in Killoteran Equestrian Centre. Neil also added his participation in the Honeywell Leadership Program which took place in Alabama in March 2018. He also mentioned his involvement in sports, playing hockey for Waterford Hockey Club mens firsts and seconds team. He has represented Waterford numerous times in badminton also.

Neil explains why he applied for the President’s Scholarship: “I applied for the scholarship when I saw details about it while investigating my CAO options. I enjoy being located in the Granary Campus with the Department of Architecture. His dream for the future is to become an architect.

Each year up to five exceptional undergraduate students are awarded scholarships with a total value of up to €12,000. Each President’s Scholar receives an annual bursary of €2,000 per year of study along with €500 per semester. President’s Scholars will also be part of the Student Ambassador programme for the duration of their studies, representing the college and the Academic School in which they study.

The application process has four stages. People cannot apply for the scholarship unless they have applied to the CAO and have chosen a WIT course. 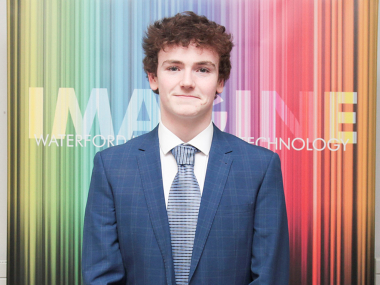 As well as volunteering activities, Neil included in his application his participation in the Honeywell Leadership Program which took place in Alabama in March 2018