Bigí Linn: Premiere of the next wave of Nemeton and WIT Filmmakers

There are some really exciting films on show this year, all subtitled on Facebook Traenáil Nemeton!

Well known fiddler and filmmaker Iarfhlaith Ó Domhnall takes us on a delightful musical journey through the stunning Blue Stack Mountains of his native South West Donegal.  In this once vibrant Gaeltacht of Na Cruacha, Iarfhlaith finds traces of a rich music, song and storytelling culture.

In an era of #Metoo, what does it take to be a female Vice-President in a Students Union? In his documentary film Na hUachtaráin Óga, Galway director Feargal de Bhal meets the young leaders of IT Sligo and Technical University Dublin as they help students deal with the housing crisis and mental health issues.

In her short drama Comhlint Chroí writer and director Fiona Ní Chiadhra from County Meath explores the dilemmas of online dating. University student Ríona (played by brilliant newcomer Meg Ní Riain) is juggling work and study when a past online encounter comes back to haunt her.

In An Taise young Bray filmmaker and musician Thomas Quill has directed a horror drama with surprising contemporary resonance. A deadly disease is spreading and there are terrible consequences for those who try to steal the cure. Thomas’s original music composition and sharp editing give his short film an eerie edge.

Bás Beatha by Clare filmmaker Domhnall Ó Dubhlainn is a fascinating insight into the social and economic impact of Brexit on the Highlands and Islands of Scotland. Along with Scottish Politicians, we hear from teachers Marcas and Mòrbheinn Mhèinnearach, both Irish language and Scots Gaelic speakers living on Barra Island.

Éalú is an uplifting documentary produced by Séamus Ó Conchubhair from County Kilkenny and Jennifer Lynch from Cork city. The filmmakers explore the world of two migrants, Rodelyne from the Congo and Friday from Nigeria, who left their native countries to escape violence and find new lives in Ireland.

About the Postgraduate Course in Television & Media Production

The Postgraduate Course in Television & Media Production is run by the Waterford Institute of Technology in association Nemeton TV, one of Ireland’s leading production companies, and Udarás na Gaeltachta.  This course is widely regarded as the most industry-focused course in the media sector. The core belief is that our third level course is relevant, dynamic and genuinely prepares students for industry. The course has gained a high profile in the media industry and has an excellent employment record among course graduates.  Films produced on the course are broadcast on TG4, screened at festivals around Ireland and have been winning the Best Irish Language Film at the National Student Media Awards every year since 2014. 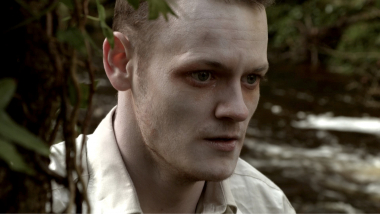