It’s getting harder and harder to keep our information secure, according to a recent report by Silicon Republic and the Sunday Times, leading to significant growth in the digital evidence sector in Ireland.

Topical news stories, like the leaking of classified documents concerning US National Security Agency (NSA) and the bugging of the Garda Siochana Ombudsman Commission, just highlight how difficult it is to keep data secure.  Without realising it, we generate a large amount of data everyday which could potentially become digital evidence to be used in courts. It exists on our own devices like phones, tablets, laptops and also with third parties such as cloud storage and service providers like Facebook and Gmail. Who owns what data and who is responsible for keeping that information truly secure is becoming increasingly blurred.

According to John Sheppard, Course Leader on the BSc (Hons) in Computer Forensics at WIT, “Individuals are leaving personal content on work devices and placing work related information on personal devices without taking into account the potential repercussions of doing so. How many people would be happy to have their personal smart phone sent off the be analysed because it contains work related documents or emails? How many of us would be happy to disclose private information that is stored on a work phone which is required to be be sent for examination? This may not simply be your boss asking nicely, it may be an order from the courts.”

To give private individuals and companies protection to track and secure their data, a whole new sector of digital evidence is emerging and with it companies like the Dublin-based Cernam. Cernam was recently purchased by the Irish–American biotech company, Daybreak.

There is huge potential in this market worldwide according to IT research company Gartner, who estimates the value to be worth €2.7 billion by 2017. Adding weight to this research, Daybreak recently announced it was to create 50 new jobs in its Dublin branch.

Ireland is a potential leader in this burgeoning industry. According to Daybreak Chief Operating Office, Paddy Roberts, “We find the Irish education system with forensics and, in general, the IT space, has well-educated individuals who are hungry to grow and become better. In the forensic space, there are a number of colleges and universities that have put together quite good academic, industry-focused programmes where graduates are able to hit the ground running."

Waterford Institute of Technology (WIT) is one of three colleges to offer a leading digital forensics course in Ireland, the BSc (Hons) in Computer Forensics. Both Paddy Roberts and Owen O'Connor, who founded Cernam in 2007, agree that this course, along with others like it, provides a steady stream of highly skilled graduates who can go straight to work with companies like Daybreak, as opposed to simply having a computer science of IT background.

The BSc (Hons) in Computer Forensics (WD161) at WIT has seen several cycles of students’ progress to industry. Forensics is still a young area but has very solid foundations in computer science and law. Graduates of the WIT course gain a deep understanding of the fundamentals such as operating systems and networks, and learn to become strong programmers so that that graduates can develop forensics software as well as working in the investigative area.

Students on the course also study areas such as fraud and law and take part in a mock trial as part of their assessment in a Criminal Evidence module. During third year, students go on placement to companies such as Daybreak, PWC and Ernest & Young and find it to be a positive and beneficial experience.

Mr Sheppard said, “It’s an exciting course and if students work hard, the jobs are definitely there. Some people may be afraid that it will be too specialised for them but upon completion of the course, graduates have a broad range of skills comparable to other computer science graduates except that they are more concious of security and of digital evidence.” 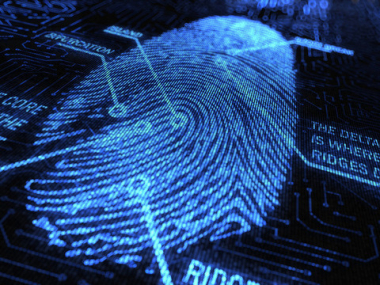