Áine Brennan is a 23-year-old, fourth year BA (Hons) in Culinary Arts student. Currently living and working in Waterford, Áine is looking forward to travelling and expanding her culinary knowledge after her studies have been completed. When not in college or working, you’ll find Áine at home in the kitchen, cooking and baking for her friends and family

Áine’s love for food has been with her from a young age, cooking simple yet elegant meals. Although not from a farming background, Áine grew up surrounded by animals, be it cattle, sheep or poultry. Developing butchery skills from a young age has given Áine a great respect for the animal and she endeavours to use the whole animals and give it the respect it deserves.

Áine began her culinary journey in a fine dining restaurant in County Carlow. When the option arose in third year to work in the 5-Star, Culloden Estate & Spa, Belfast NI, Áine seized the opportunity. It was there that Áine flourished as a young chef developing in both pastry and hot kitchen. 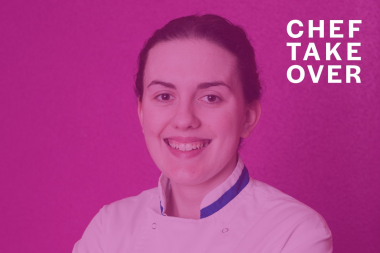