Originally born in Dublin, Derek has been a culinary arts student at Waterford institute of technology since 2015. Derek has a Higher certificate in culinary arts. McClelland is now in his final year of a BA (Hons) Culinary Arts at the institute.

Derek has recently returned home from a mandatory international year taking part in a work and college placement as part of year three of the program. Derek worked as a pastry chef at the Fairmont Banff Springs hotel in Alberta Canada. He then went on to attend classes at the world-renowned Institute Paul Bocuse in Lyon France. During his time there Derek worked under Davy Tissot who has a MOF (Meilleur Ouvrier de France). The MOF title is really unique. It carries an important historical legacy and recognizes work approaching perfection.

Derek has a passion for pastry, he is currently specializing in it for his final year of college. He is an avid enthusiast of living sustainably, buying local when he can and eating seasonal produce.

In 2018, Derek was crowned champion of the first Dairy chef competition which took place in DIT, the competition was in partnership with the National dairy council and the embassy of France to Ireland. He was one of six culinary arts students chosen in Ireland and paired with 1 French culinary student. The students had to create a three-course meal using the best of Irish and French dairy products which saw Derek come out on top wining a weeklong internship in Paris. 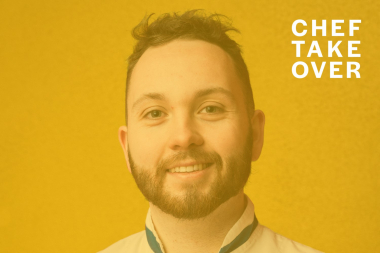