Hanna Mathe is a chef, pastry chef and student of Waterford Institute of Technology. She has been working in the food service industry since she is 15 years old. Hanna has recently returned from the 45th International Worldskills competition in Russia, where she represented Ireland in Cookery against 46 other countries. She returned home with a medal of excellence, where her acquired points along with that of the rest of the team brought Ireland from 31st position to 10th in the world.

Hanna started her ventures in cooking at 15, when she began working in a Thai and Vietnamese restaurant in Waterford called Sabai. Ever since, she has stepped foot in cuisines and kitchens ranging from French, Irish, Mexican, Hungarian and International. She began her studies in W.I.T in 2016 commencing the 4 year level 8 Bachelor of Arts (Hons) course in Culinary Arts. As part of her third year, she worked as a pastry chef in a Michelin star restaurant in Budapest, and completed a semester of study with the infamous Institut Paul Bocuse in Lyon, France.

As part of her studies in W.I.T, Hanna has competed in and won several competitions including the 2016 National Dairy council “Cheese up your life” competition and the National 2017 Irish Worldskills in cookery. She is currently enrolled in her last year of studies and has chosen to specialise in pastry and confectionary.

She is recently about to launch her own pastries and confectionary produce in Cherub Couture Cake shop on the Quay in Waterford. Having studied in France for a semester, she fell in love with traditional French Patisserie and aims to bring it to life to an Irish audience at an affordable price!

Her future endeavours include moving to France to further explore her love of pastry and soak up all the incredible fresh and quality produce that the French countryside has to offer! Having fallen in love with the country during stay there, she looks forward to going back and reconnecting with the language and the local people.

Her passions outside of her job include travelling and discovering a culture through its food and people, reading, running, learning new languages and tea! 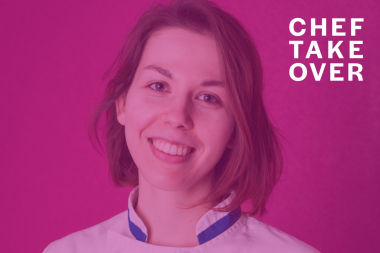