Saoirse Mooney is a fourth year BA (Hons) Culinary Arts student. Saoirse was born and raised in Tramore Co. Waterford, so therefore she has a keen interest in the sea and the food that comes from it. Growing up Saoirse was heavily involved in the cooking in the household. By the age of fifteen Saoirse had essentially taken over all the cooking in the house even cooking Christmas dinner. When it came time to choose a career straight out of school she felt cooking wouldn’t be the career for her and then went on to do home nursing. Saoirse stayed in the profession for three years but yearned for something more. After looking in to all her options Saoirse chose to do the BA(hons) Culinary Arts degree and has been grateful ever since. Saoirse quickly began working within the industry and started in Geoffs Bar and Café in Waterford city where she seriously learned efficiency in the work plan.

Saoirse’s favorite part of the WIT BA (Hons) Culinary Arts degree is the international year abroad by far. For the international year Saoirse first worked as a chef de partie in the Slieve Donard Resort and Spa where she got trained up in all the sections within the kitchen including pastry. The head chef of the Slieve Donard was Hazel McGill and a true inspiration for Saoirse and really drove her to work harder in her career and to aim for the stars.

Saoirse then travelled to Toronto, Canada where she completed a semester in Humber University. Saoirse learned a lot in Toronto and also got to teach a lot of the European ways to both students and lecturers. 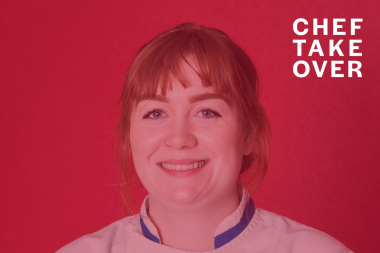