Sinead O’Sullivan is a student chef studying in Waterford Institute of Technology.  She is in her fourth year studying as part of the Ba (Hons) in Culinary Arts. Now in her final year she is specialising in larder kitchen for her degree.

She has just returned to the Institute after both working and studying abroad. Placement abroad was part of her coursework for year three of her college course. Humber College in Toronto Canada was her home for 4 months while studying there before working in the Slieve Donard Hotel, Co. Down.

She has worked in a number of establishments varying from hotels to beach clubs. O’Sullivan’s career began when she started working in a café at the age of 15, sparking her interest in cooking. From there she took many different opportunities including working in Fota Island Resort, under Executive Chef Kenneth Murphy. Sinead moved away and worked in Long Island in New York City for two summers at a private beach club, Atlantic Beach Club.
Sinead was brought up near Midleton, Co. Cork.

After graduating from Waterford Institute of Technology, O’Sullivan plans to work abroad and travel. 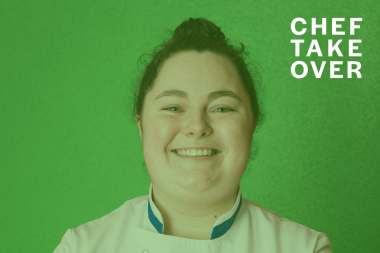