As well as studying, Tom is currently working at the one-star Michelin Restaurant “The Lady Helen” located at the Manor House, in the 5 Star Mount Juliet Estate and golf course. In “The Lady Helen”, Phelan’s Horticultural knowledge combined with his passion for food is expressed in the desserts created.

Tom started his culinary career working in the Park Hotel Kenmare which is owned by the renowned Brennan Brothers. He moved from there to work in the Lady Helen. Although, enjoying working at the Lady Helen, Phelan wanted to travel and embarked on a year of refining his culinary hunger and passion for freshness. Tom has travelled extensively throughout North America and most recently Europe, experiencing different ingredients and methods of cooking not used in Ireland. He worked as a pastry chef at the Fairmont Banff Springs located in Alberta, Canada and used this as his base for travel. This was one of Toms biggest challenges as he went from cooking for small numbers to preparing for hundreds. Once his year of travel was over, he returned to the Lady Helen.

Work and study take a priority in Toms life but in his spare time he is an active member in his local community of Glenmore Co. Kilkenny. Tom is heavily involved in the local Tidy Towns group and is often seen supporting the local GAA club. Tom is an avid reader and has amassed a large collection of culinary and horticultural books. 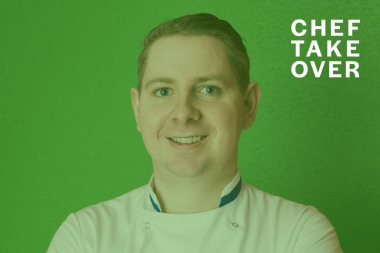