Film will be shown on Saturday, 5 March 2016 as part of festival which annually presents the works of Irish filmmakers to the Chicago film community

Bláithín Ní Chathaín, Course Director of the WIT postgraduate film making course, the Higher Diploma in TV has had a film selected for the Chicago Irish Film Festival.

The Chicago Irish Film Festival is dedicated to presenting the works of Irish filmmakers to the Chicago film community. Since 1999 the festival has screened over 500 features, documentaries and short films by many of Ireland’s most talented and award-winning filmmakers.

Ní Chathaín’s film 'Gaeilgeoirí an Chogaidh' (Irish speakers in the first world war) will be shown on Saturday, 5 March 2016 as part of the festival. It presents an interesting contrast between WWI and the 1916 Revolution. It features many leading Irish language academics and historians and was broadcast on BBC last year. Ní Chathaín has been course director of the WIT Higher Diploma in TV since 2012.

The Higher Diploma in TV is currently shortlisting applicants for Round 1 interviews. To apply email [email protected] for further information. The deadline for applications is 15 March.

Higher Diploma in Arts TV Production is one of the main conversion courses for students wishing to enter the Irish Media and Film industry. It teaches producing, directing, camera, editing and   scripting skills. Students qualify to work in Irish and English media. It is taught in both WIT and Nemeton Studios, An Rinn, Co Waterford.

On the course each student has to write, direct, film, edit a 5 minute film and pitch their project to a national broadcaster. Students also make a 15-25 minute drama or documentary or digital marketing film and do camera/sound/lighting on seven other student films.

Half hour documentaries made on the course won the Best documentary at the Student Media Awards in 2014 and 2015. Films last year were also selected for Fingal and Galway film festival.

This course also includes work experience in TV production companies which greatly improves work prospects of graduates. Lecturers on the course are WIT lecturers and industry professionals with broadcast credits on RTE, BBC, TG4 and TV3.

Thousands of Irish speakers, predominately from Ulster, fought in regiments alongside the Loyalist in WWI. The film focuses on the first-hand testimony of Fr. Padrig Mac Giolla Cheara, whose first language was Irish, while he was stationed on the frontlines from 1916-1918. His account of the Battle of the Somme and of the refugees he saw fleeing the conflict, combined with descriptions of daily life at the front line, is a fantastic insight on the impact the war had on both soldiers and civilians. Filmed in France, Belgium, Belfast and Donegal the film also presents an interesting contrast between WWI and the 1916 Revolution. VIEW TRAILER 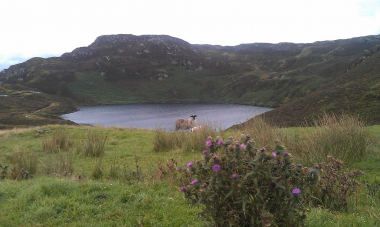