Over the last twelve weeks, final year students on the BA (Hons) in Culinary Arts course have completed a module called Media & Visual Arts: Writing About Food. This module gives the students an opportunity to look beyond the kitchen and explore the function of media in the culinary world.

As part of the module and a major achievement for the students is the compilation of their own recipes into a recipe book which will hopefully re-invigorate your culinary repertoire for the decade.

The group also travelled to Leinster House where they engaged with members of the Oireachtas to bring forward and discuss their personal views on issues within the industry. They presented their well-formed thoughts on critical changes they believe need to happen within the industry to a group of TD’s & senators and Junior Minister for local Government and Law reform, John Paul Phelan. Issues such as unfair pay, working conditions, mental health and wellbeing of the culinary practitioner and hot topics pertaining to sustainability were all on the menu.

The students impressed the elected representatives with their thought provoking and critical thoughts, showcasing the need for tighter legalisation in the culinary and hospitality industry. The gathered audience were unaware as to the inadequacies in the industry and invited the students to submit a memorandum of their thoughts for greater reflection. 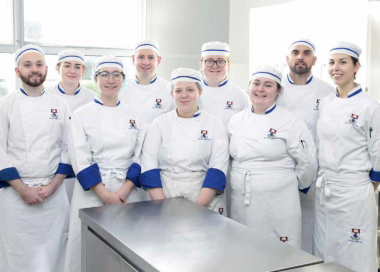