Neil Quinn from county Waterford is a current student of Bachelor of Architecture (Hons) and a past pupil of Waterpark College, Waterford. Neil is one of four students who received the President’s Scholarship in 2018.

My time at WIT

My name is Neil and this is why I chose to study at WIT and what my experience has been like so far. I am currently in second year studying architecture in the Granary campus in the city. The main reason I chose to study at WIT was the campus itself. From the café on the ground floor to the shared studio spaces, the Granary campus was the ideal choice for studying architecture.

From the beginning, I built close bonds with my peers and lecturers and every day we all help each other to overcome problems regarding our designs or any other matters. I felt after only a few weeks in first year that everybody knew each other well and we all quickly formed close bonds. This was due to us being in the studio for so long and being in each other’s company all day every day.

I would highly recommend anybody who has an interest in architecture to consider WIT as their first choice. Many potential incoming students are greeted with open arms by the staff and are often given tours and are encouraged to sit in during lectures to get a taste of what Architecture is like. I personally did this over the winter and was brought on a tour by the Head of Department of Architecture, Máire Henry. This tour definitely solidified my choice in coming to WIT as I was blown away by the standard of work and friendliness of everyone. 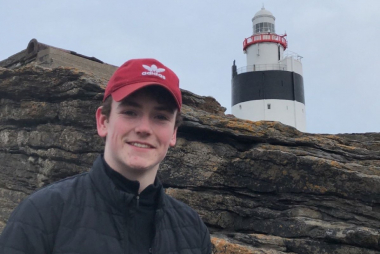