Sports scientist Stephen Barrett, a graduate of and now Assistant Lecturer in the Department of Health, Sport and Exercise Science in WIT is to play a part in advising high performance programme at Cycling Ireland.

A former international track cyclist Barrett has been selected for his expertise as a Sports Scientist.

“It was a huge privilege to be asked onto the new Cycling Ireland High Performance Sub-Committee. My time as a track rider with Cycling Ireland were among the best years of my sporting career and the experiences I had racing all over the world will never be forgotten. When the opportunity arose to use my expertise as a Sport Scientist (which began here in WIT) and a former elite track cyclist to give something back to Cycling Ireland I jumped at the idea. My role will mainly be in dealing with all aspects of the High Performance Track Programme to ensure performance targets can be met and athletes have the best chance to fulfil their potential.”

Barrett joins Cycling Ireland Board of Directors member John and Olympian Robin Seymour as well as international road cyclist Aidan Duff. Further names may be included on this committee over the coming months.

Cycling Ireland Technical Director Brian Nugent welcomes the development “It’s very important to bring together an independent group that each have extensive expertise in their own area. This will only strengthen our system going forward and push it to new levels.”

The Cycling Ireland High Performance system has delivered success at the highest level across Paracycling, Track and Road disciplines and at every level from youth to elite in both men and women’s cycling. It plans to expand into more disciplines, particularly BMX and Off-road cycling, with a focus on transitioning into the next Olympic cycle.

Barrett is an Assistant Lecturer in the Department of Health, Sport and Exercise Science in WIT. He also works as an Exercise Physiologist with the Irish Institute of Sport (IIS) specialising in Exercise Immunology working mainly with boxers and distance runners in the lead up to Rio 2016.

He obtained a BA (Hons) Exercise and Health Studies from WIT in 2007 and MSc Exercise Physiology from Loughborough University in the UK in 2009.

He is a former elite track cyclist having won three national titles and also competed at European and World Championship level for Ireland in both Cycling and Triathlon. He has worked as a coach and sport scientist with amateur and professional athletes from a range of sports, including English Premier League Football, Rugby, Boxing, Rowing, Formula 1, Athletics, Basketball, Triathlon and Cycling. He is currently Performance Nutritionist and Rehabilitation Coach with the Waterford Senior Hurling Team and Sport Science advisor to an award winning personalised coaching app. 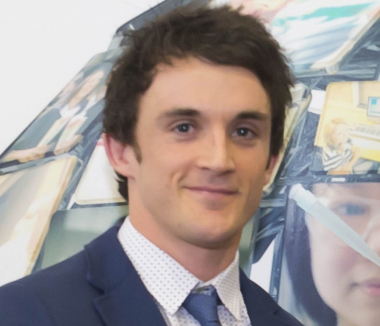