Mrs Bernadette John, digital professionalism lead  at the Centre for Technology Enhanced Learning, King's College University of London, visited the Department of Nursing on February 21st 2013. Mrs John is a recognised UK and international expert in the arena of digital professional and the issues surrounding  individuals' and institutions' online presence.

Whilst at WIT Mrs John gave a lecture to undergraduate students on the BSc (Honours) Nursing programmes and BA (Honours) in Early Childhood Studies. In addition, she conducted a number of seminars with senior managers in WIT on this subject.

The theme of her talks was the ubiquitous nature of social media and the need to be aware of the pitfalls that can arise because of its informal character in relation to defamation laws and the blurring of boundaries between professional and social lives. She highlighted that individuals needed to see social media as an instrument of self 'branding' and that as such they needed to be conscious that statements and images on personal webpages and sites such as twitter needed to be carefully thought through before they were posted. Whilst highlighting the importance of educational institutions having robust policies and mechanisms in place to manage such issues as cyber bullying and defamation, she also emphasised that social media could be a very positive experience and that, in particular, it provided opportunities to educate students in relation to social responsibility. 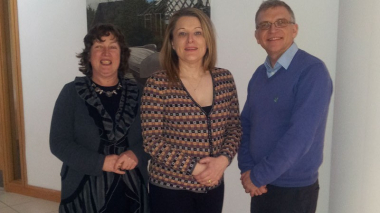