An opinion piece in the IrishTimes by Dr. Cormac O'Raifeartaigh, published on Thursday 29 November 2012.

Opinion: Obama's win is good for science, but it's hard to envisage meaningful action on climate change

Most countries around the world breathed a sigh of relief at this month’s re-election of Barack Obama to the US presidency. International observers had been alarmed at the hawkish pronouncements of Mitt Romney on foreign policy, while many economists feared that his plan of tax cuts for the wealthy accompanied by deep cutbacks in social spending would inhibit economic recovery in the US.

Scientists around the world were also relieved. While there seemed little difference between the two presidential candidates in terms of their policies on funding for scientific research, there was a major difference in their approach to governmental policy on scientific issues.

This was most obvious in the case of climate science. Obama called man-made climate change “one of the biggest issues of this generation” and declared an intention to limit carbon emissions. Romney declared that “there is no scientific consensus on the issue” and vetoed the notion of a carbon tax.

Thus, the election of Romney to the White House would have guaranteed years of inaction on carbon emissions in the US, in defiance of the best scientific advice available, with consequences for international agreements around the world – just as occurred during the presidency of George W Bush.

This is not just a matter of Romney’s outlook, as his stance reflected that of a great many politicians in the US Republican party. Indeed, during the Republican primaries, candidates vied with one another to declare global warming a hoax, despite a vast amount of evidence to the contrary.

And it’s not just climate change. In recent years, a marked hardening in ideology in the Grand Old Party has resulted in the undermining of great swathes of modern science, from the insistence of school boards in some states that “intelligent design” be taught alongside the theory of evolution in science class, to trenchant and unrelenting criticism of the US Environmental Protection Agency.

Most serious of all have been the highly public and personalised criticisms of distinguished climate scientists by politicians and conservative commentators who know almost nothing of science. These have not been the actions of a few misguided extremists, but of senior Republican politicians including sitting US senators.

In this month’s issue of Physics World, the well-known philosopher Prof Robert Crease suggests that “a necessary qualification for candidates for public office is a respect for the scientific process and its infrastructure”. Yet the record shows that many candidates offered by the Republican party for public office in recent years have consistently sought to undermine the findings of science on issues such as evolution, renewable energy and climate change.

Writing in this newspaper, the Nobel prize-winning economist Paul Krugman made the point that such denial is part of a wider policy in which propaganda takes precedence over facts in all areas, from economics to foreign policy, from social policy to science.

It is interesting that during the election, Romney supporters were accused time and again of running a “fact-free campaign” – a polite way of saying that the campaign relied heavily on misinformation and untruths. Indeed, many advertisements had to be withdrawn because they were in such flagrant contradiction of the facts. A similar mindset became clear during the last moments of the election, with well-known conservative pundits and politicians maintaining the fiction of a “tight” election up to the very end, in the face of mounting evidence to the contrary.

Such imperviousness to reality among politicians is a serious matter. In a world where scientists are increasingly concerned that the global climate may hang in the balance, one can be grateful for policies in the White House that are based on hard science rather than political ideology.

That said, it is difficult to see how any meaningful action on climate change will be passed by a US Congress dominated by Republican members who seem unwilling to accept the verdict of science.

For information on courses and research in this area, visit the Department of Computing, Maths & Physics 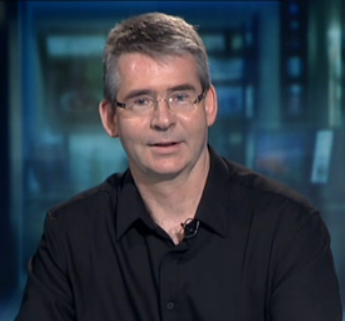