At its annual meeting in Porto, Portugal in June 2018, Waterford Institute of Technology's Dr Nick Mc Carthy was elected President of the Institut Européen des Forêts Cultivées (IEFC) for the next four-year term.

Dr McCarthy is the course leader of BSc (Hons) in Land Management in Forestry and has taught on this course for the full 20 years. WIT this year celebrates 20 years of forestry and has an online hub dedicated to www.wit.ie/forestry20years.

The idea for this network originated back in 1987 when the pioneering spirit of foresters from Aquitaine, Galicia and the Spanish Basque Country led them to explore the forests of their neighbours while building friendships along the way and expanded  a few years later to include the Atlantic Arc countries of Portugal, Spain, France, Ireland and the UK - thus sowing the seed for two fruitful decades of collaboration and networking.

The network’s first achievements included the setting up of monitoring systems for the sustainable development of cultivated forests in a changing environment using growth and process based models. It also produced inventory based management of pests and diseases, and analysed the role of functional biodiversity on forest health and initiating comparative socio-economic analysis of the forest-wood chains in the south Atlantic regions.

With support from USSE and funding from the European Commission and the participating regional councils, IEFC has ensured the efficient transfer of results and expertise to professional organisations.

Throughout its relatively short 20 years of existence, IEFC, based at the INRA Research station in Pierroton, France, has succeeded in establishing a strong network of researchers within the Atlantic Arc who have an interest in planted forests.

This network has collaborated on projects that have led to important advances in the understanding of plantations while contributing to the sustainability of forests around the world. IEFC has also continued to facilitate transnational R&D projects in Europe and by networking with non EU partners, has fostered important international cooperation and links.

Key tools that have emerged from these IEFC’s projects include the FORMODELS database and the REINFFORCE network of arboreta.

However, one of the most significant achievements of IEFC was its establishment as a successful project centre in the European Forest Institute (EFI) in 1999. With the further development of EFI, IEFC became the foundation of EFIATLANTIC in 2008 which quickly established itself as a highly successful Regional Office.

It is to be noted that this was accomplished without damage to the identity or the integrity of IEFC which continues to flourish and provide a valuable service to its members. Recently EFIATLANTIC has become one of the EFI regional facilities: the EFI Planted Forests Facility (EFIPLANT) .

Finally, perhaps the IEFC’s main success is the establishment of a much needed platform to connect researchers and stakeholders in planted forests at the global level. 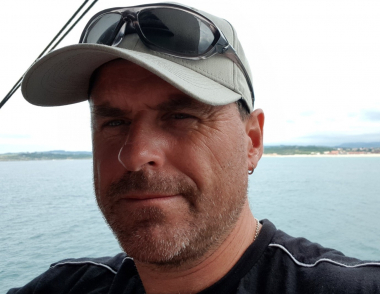