This prestigious track and field event features the most prolific male and female stars as well as collegiate, high school, club and youth competitors

Phil will be competing in the 400m event which will be broadcast live at 10.15pm on Saturday, 9 February 2019 on the USATF.TV live webcast.

Phil will be wearing her WIT Vikings singlets during the competition and will promote the brand as much as possible.

The NYRR Millrose Games is the world's longest-running and most prestigious indoor track and field competition, now in its 112th year.

The will be televised live by NBC Sports  on February 9th and live streamed on USATF.TV. NBC Gold will have live streamed bonus coverage. 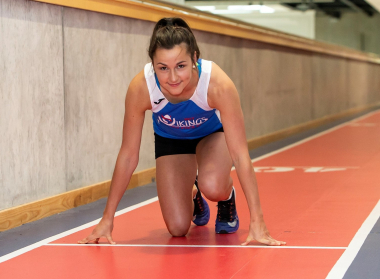 Pictured in the WIT Arena is Phil Healy