The course leader on WIT’s BSc (Hons) Entertainment systems has been shortlisted for a radio award for his show on regional radio station Beat 102-103.

Rob O’Connor is one of five individuals shortlisted in the Specialist Music Broadcaster of the Year category. Interestingly, O’Connor is up against his station colleague, Darren Rice.

“It's a buzz to be recognised by radio peers as producing strong content (on a very small budget!) that competes with material from the national media,” he says.

As a computing lecturer in WIT O’Connor mainly works in app development and the digital media space. He explains that his huge love and interest in music and strong technical skills opened up opportunities with local radio, which eventually led to him presenting Irish Beats.

Gabrielle Cummins, CEO of Beat 102-103 says she is delighted that two of the stations presenters have been shortlisted in the specialist music category.

“This is a particularly difficult category because there are such a diverse range of genres covered under "specialist" and many of the entries will be from state broadcasters RTE and  BBC who attract the cream of the crop in terms of talent and also have considerable financial resources. Consequently for a station like Beat to produce two presenters who are considered among the best in the country really is something special and I am absolutely delighted for them both.”

She notes that as a judge of the awards for the last number of years, she hears firsthand the high quality of content that is being produced all around the country by commercial and Independent broadcasters.

“At Beat we pride ourselves on punching above our weight as every year we secure a number of shortlists which ranks the regional station among the best in the country across a wide range of categories.”

This is Rob’s second nomination for the awards previously known as the PPIs. He was previously shortlisted for an innovative collaboration between WIT and Beat where the students, as a college assignment had to produce "fake ads" for Beat which ran on April Fools.

O’Connor explains that there has been a lot of interaction between students on Entertainment Systems and Beat. “We've produced some programmes together and Beat have been great in helping us out with undergraduate modules. For example, when producing audio for modules, Beat have given us great help and expertise – they've often broadcast material the students produce. It's a great incentive for students to know they're projects might be heard by a real audience, rather than just their class and lecturers.” 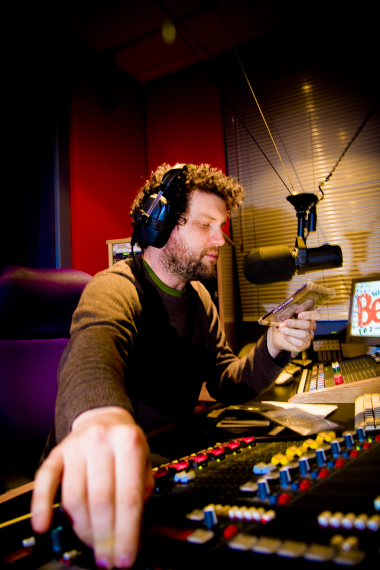