Eoin Gill discusses: The Bittersweet side of science

A recent study claimed that eating chocolate can lead to faster weight loss. It sounds too good to be true, but it was the finding of a scientific study and was published in the International Archives of medicine. Oh, and by the way it was only for dark chocolate. Sounds too good to be true? It also sounds like something a lot of people would want to believe true. Well it is too good to be true - it was a hoax engineered by a John Bohannon (who actually has a science PhD) in association for a German TV programme that will air this week.

The aim was to highlight the problems with diet/nutrition type research and its reporting in the media and it was carried by media around the world. The trial was conducted “scientifically”. Subjects were randomly assigned to three groups – low-carb diet, low-carb diet with chocolate and a control group.

Weight and various parameters were monitored over the 3-week trial. The result? At the end the chocolate group was found to lose weight 10 % faster.

And why is this a con? Well, because there were only 15 people in the trial. That is 5 in each group.  Bohannon and collaborators were sure that something among the parameters measured would show some benefit for the chocolate group that could be spun accordingly. The spin was reported in papers and online journals reaching millions around the world.

The public (and journalists it seems) attach a very high credibility to press releases from scientists and scientific institutions. Even more to a published paper reviewed in advance by expert scientists (peer review), after all that has solid validation, doesn’t it? Well, there are a lot, an awful lot, of journals out there with a great range of rigour or care in the review process.  This paper was accepted by the journal with no questions.

Career advancement in science (and other areas of academia) is dependent on publications. This has led to an explosion in the number of papers published annually and a growth in journal titles. There is just so much noise out there and in reality probably more papers than could be rigorously reviewed.

The leading peer-review journals are not without problems either with flawed papers regularly withdrawn or fully fraudulent research being exposed occasionally. Add to this the manner in which scientific research is communicated on to the public through the media and these are very serious challenges for academia and the whole of society. What must be done?

The oldest scientific journal in the world is 350 years old this year so it is an appropriate time to reflect on the history of scientific publication. It is vital though that we address the problems facing science and the communication of science such as those outlined above. Scientists seem quite vocal regarding attacks on science from without, but have been slow to see these threats from within. That is why the 4th Robert Boyle Summer School will address this theme, when leading international commentators will come to Lismore Co Waterford later this month. These include Professor Dorothy Bishop from Oxford who has been actively campaigning in this area through her blog deevybee.blogspot.com.

It is an gathering where  scientists and non-scientists can meet and explore issues relating to history, philosophy and the place of science in our society. There are a range of social events also.

Full programme and booking details of the Robert Boyle Summer School 25th – 28th June at Lismore can be found at www.robertboyle.ie 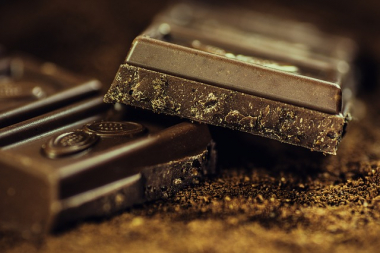