The All-Ireland Senior Hurling Championship has just two teams remaining and the countdown is on to the final at Croke Park.

Waterford are set to meet Limerick in the final for the first time ever following their impressive semi-final victories in the race for the coveted Liam McCarthy Cup. This game has a 3.30pm throw in on Sunday and certainly promises to be an epic encounter with Waterford Institute of Technology (WIT) strongly represented on the day.

The Déise men are bidding to win the title for the first time since 1959 while Limerick’s last success was in 2018. Since 1959, Waterford have been in three All-Ireland Finals but lost out to Kilkenny in 1963 and 2008 and more recently Galway in 2017.

Liam Cahill has turned Waterford into serious contenders in his first season in charge, having seen off Cork before losing to the Treaty County in the provincial decider. They then beat Clare in their All-Ireland quarter-final tie, before sealing a sensational comeback against Kilkenny at Croke Park to reach the decider.

The state-of-the-art facilities at the WIT Arena is also the training base for the Waterford senior hurling team and WIT President, Prof Willie Donnelly, sent his best wishes to Waterford.

"WIT is extremely proud of its strong links to Croke Park this weekend. Sunday sees 15 WIT players and backroom staff involved. This weekend is a very special one for the Waterford team, indeed the entire county of Waterford, as they bid to win their first All-Ireland title since 1959. On behalf of WIT staff and students I wish the very best to our students, graduates and of course the people of Waterford in what I’m sure will be a very exciting weekend of sport.”

Jake Dillon - Former Recreation and Sport Management and Marketing Masters Business student. Jake won the Fitzgibbon cup with WIT in 2014. He was named man of the match in the final against CIT.

Shane Fives - Former Recreation and Sport Management student who, as a first year, won the Fitzgibbon Cup with WIT in 2008 on the half back line.

From Ashbourne and Fitzgibbon Cup winning graduates to current WIT Vikings Sports Scholarship students, altogether 28 students past and present will be pulling on their county colours over the weekend.

Read about the WIT representation in the Camogie All-Ireland Final 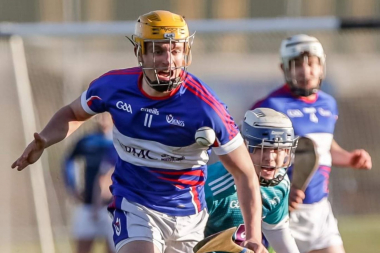