Having moved from Arklow in county Wicklow to Waterford for college, Kinga found settling in was made easier by getting involved with the WIT Welfare Crew as well as the “great lecturers who can give feedback and help out to make your work even better.”

According to Kinga, Waterford was the ideal location to begin her independent life, acknowledging the compact size of the city means being without a car did not restrict her, “at the same time, there is so much going on. So many pubs, nightclubs, restaurants, museums etc., Because it is that little bit smaller, it also means I feel safer, which makes lots of students moving away from home feel more comfortable.”

Talking about her course, Kinga knew from a young age the general direction she wanted to go. “When I was younger I loved art and computers and as I grew, I started playing with Photoshop. I chose graphic design because there is never a dull day. All your designs will (hopefully) look completely different. There are so many opportunities for work when you finish college. Advertising, PR, marketing and printing just to mention a few.”

Is graphic design and the BA (Hons) in Design (Visual Communications) for you? Kinga suggests having a passion for creativity and design should be the top of your list if you’re considering graphic design.

“Some people feel like they shouldn't do graphic design if they can't draw but illustration is just a very small part of the course and it’s not mandatory to be good at drawing to be a good graphic designer. Do something you love and something you're good at, not something that will get you a job straight out of college.”

Becoming a part of the college

When beginning her studies at WIT, Kinga joined the Welfare Crew, a group organised by the Students Union at WIT to help combat issues students face as well as organising fun activities.

“There are a lot of events organised during the course of the year for students to cope with issues such as depression, stress, loneliness, drugs and alcohol abuse. Its great being involved as it can help out people who are struggling. There are also many campaigns organised by the welfare crew such as the "Be Their Buddy", positive mental health week, Sexual Health Awareness Week and many more.” 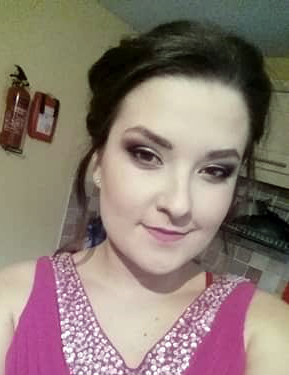