Flute teacher at the Waterford Institute of Technology Music School, Gerard Dower recently attended a MasterClass at the Royal Irish Academy of Music (RIAM) in Dublin.

The classes were held by the world renowned flautist, Sir James Galway, which Dower described as being "very fulfilling.”

Although Gerard did not fully partake in the classes, he believed being an observer was an experience in itself.

“It was a privilege to be in the company of such a highly regarded musician from the music world and an absolute gentleman,” Gerard said.

Professor of Woodwind Studies at the Royal Irish Academy of Music, William Dowdall facilitated the classes at the Academy itself on the day.

Prof Dowdall is a regular visitor to WIT and has performed on several occasions during New Music Week over the past few years at WIT. 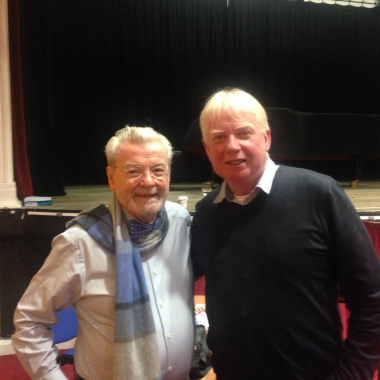 Flute teacher at the WIT Music School, Gerard Dower attended a "fulfilling" MasterClass at the Royal Irish Academy of Music