The final of the Liberty Insurance All Ireland Senior Camogie Championship final takes place on Saturday 12 December at 7pm in Croke Park and Waterford Institute of Technology (WIT) will be strongly represented on the day.

From Ashbourne Cup winning graduates to current WIT Vikings Sports Scholarship students, altogether 14 students past and present have been involved with WIT.

Similar to last year’s final Kilkenny and Galway will once again compete for the O’Duffy Cup in the Liberty Insurance All-Ireland Senior Championship Final. There is no denying that these two teams are deserving of their final places given their form this year as evidenced by their performances in a particularly competitive Championship campaign.

WIT Vikings Sports Manager Katie Redmond said ahead of the weekend: “All at WIT Vikings Sport would like to wish all players and management teams the very best of luck in the final. We would also like to thank and acknowledge all our current and past students for their commitment along with their tremendous discipline towards WIT Vikings Sport.

“Best wishes to both managers also who are WIT graduates; Brian Dowling, Kilkenny manager captained WIT to a Fitzgibbon Cup in 2006 and to Cathal Murray with the Tribeswomen who stole the spoils in the Fitzgibbon Cup in 2000. A mention also to Tommy Shefflin who is WIT’s current Ashbourne manager along with coach Pat O Neill.”

WIT's President, Prof Willie Donnelly said: "WIT is extremely proud of its strong links to the Camogie All-Ireland Final this weekend. Saturday sees 14 current and past camogie representatives involved in the All-Ireland Camogie Final. On behalf of WIT staff and students I wish the very best to our students and graduates.”

A further WIT tie-in is that the Kilkenny senior team is managed by former WIT graduate and Fitzgibbon winning captain in 2006 Brian Dowling, with the Tribeswomen managed by former WIT graduate Cathal Murray who too won a Fitzgibbon Cup in 2000. The Kilkenny backroom team also involves Tommy Shefflin who is WIT’s current Ashbourne manager along with Pat O Neill who is a current coach with the team. 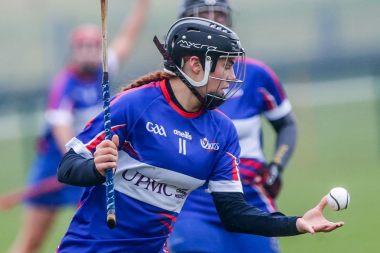