WIT held a reception for the Waterford Senior Hurling Team on Wednesday, 13th September in the WIT Arena to recognise the achievement of the team

Approx. half of the Waterford panel for the All-Ireland Hurling Final on Sunday, 3 September 2017 studied at Waterford Institute of Technology. The Institute has a strong GAA record – this year WIT GAA club celebrated its 35th anniversary.

Courses at the Institute’s Department of Sport and Exercise Science, and Department of Graduate Business are the two most popular areas for hurlers to study.

The WIT students on the Waterford panel are:

There are also WIT links in the backroom team, including:

Stephen Barrett, Waterford Nutritionist, is a lecturer in the Department of Sport & Exercise Science. He is also a current PhD student at WIT.

Gary Walsh, Waterford’s strength and conditioning coach, is a former student of Department of Sport and Exercise Science where he studied Recreation and Sport Management. 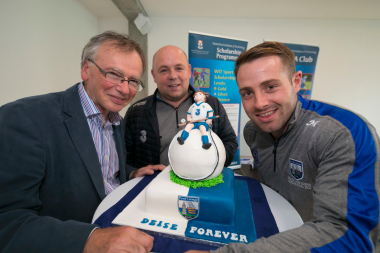